Shooting with the Leica M9 in very low light

Yesterday I had the chance to do some shooting at a bar in downtown Gloucester while a friends band was playing. Janet and I had a great time being with old friends from high school and enjoying some great music from our high school days. The band is called Garfish and they have added a horn section that gives them the opportunity to play some great old tunes from legendary bands such as Chicago, and Blood Seat and Tears. I had no idea how dark it was going to be until I sat down and noticed I could barely see the band. All I have for lenses at the moment are a Leica 28 mm 2.8 Elmarit V.1 and a 90 mm 2.8 Tele Elmarit. As I have said before my very rare black paint Leica Summilux V.1 is up for auction at Tamarkin Rare Camera Auction this Thursday so my low light shooting is limited. So how do you feel about shooting in the dark.

Well I gave it a whirl at ISO 2000, which for the Leica M9 is kind of a stretch. You can't imagine what it's like to time the lighting so you get something at 1/25s or 1/15s or even 1/6s it's brutal. It was a struggle to get the exposure right with this camera. Here are few of the images I got. 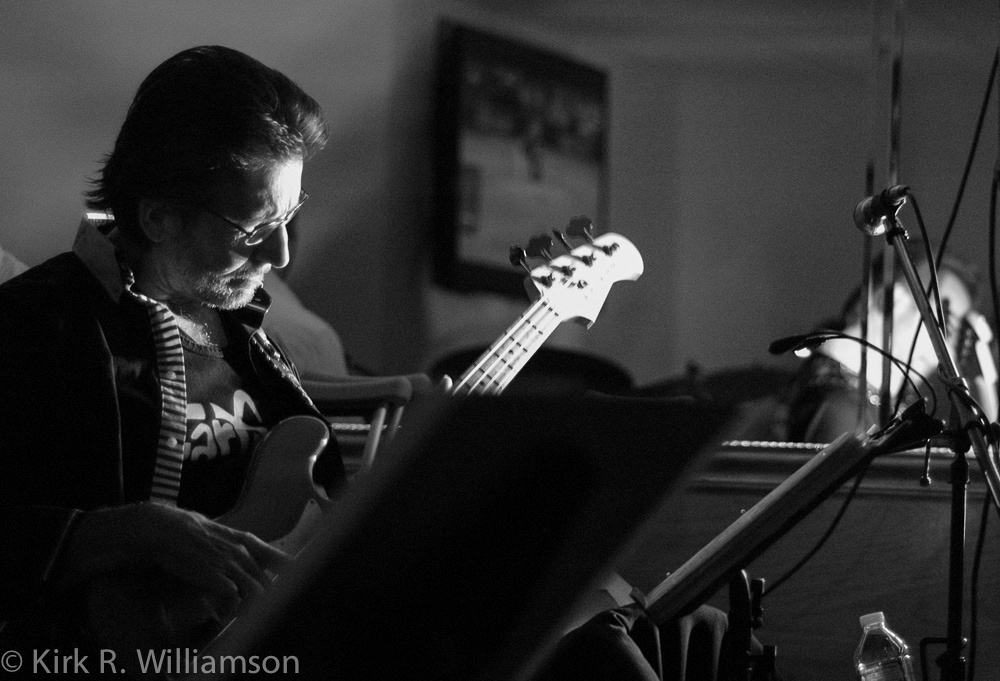 I was lucky in some respects as my friend Gary had the LED strobe lights mounted pretty close to him and the bright blue light would occasionally light him up. I did make a rookie error while using this camera. I have found that setting the camera on manual for lens selection works well for my 28 Elmarit. I use the oldest setting which is 11804 which I think is for Vers. 3 Elmarits, mine is a version 1. But I forgot to change it over every time I shot with the Leica 90 oh well. The results were not to bad. 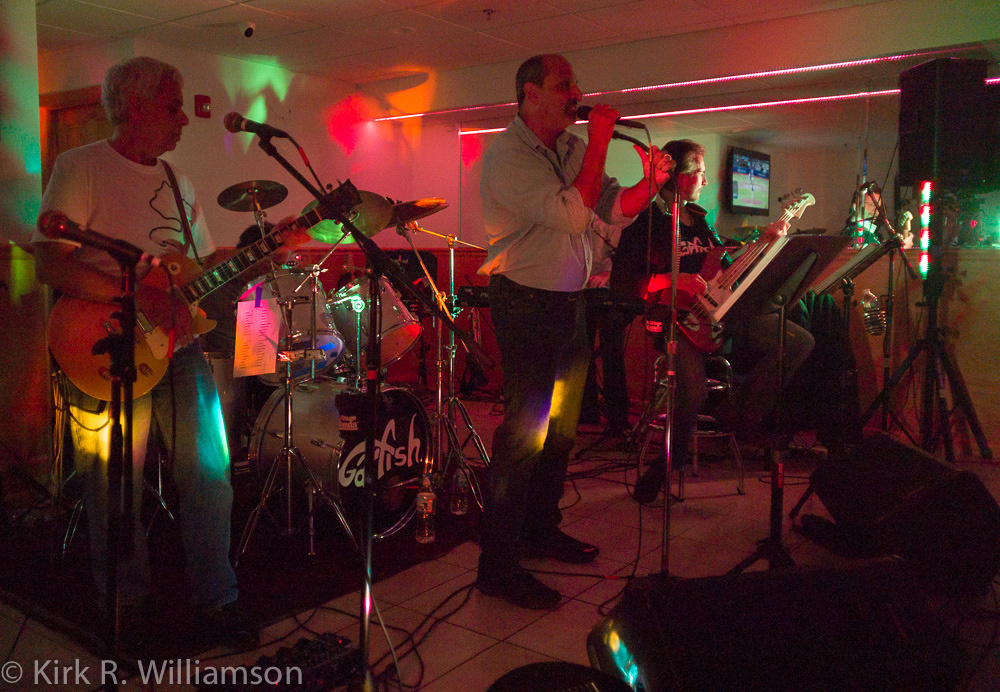 So you can see in this image how dark it was. The band was only lit by these colored LED bars on either side of the band. Dismal at best but I guess it's all about mood with rock music. 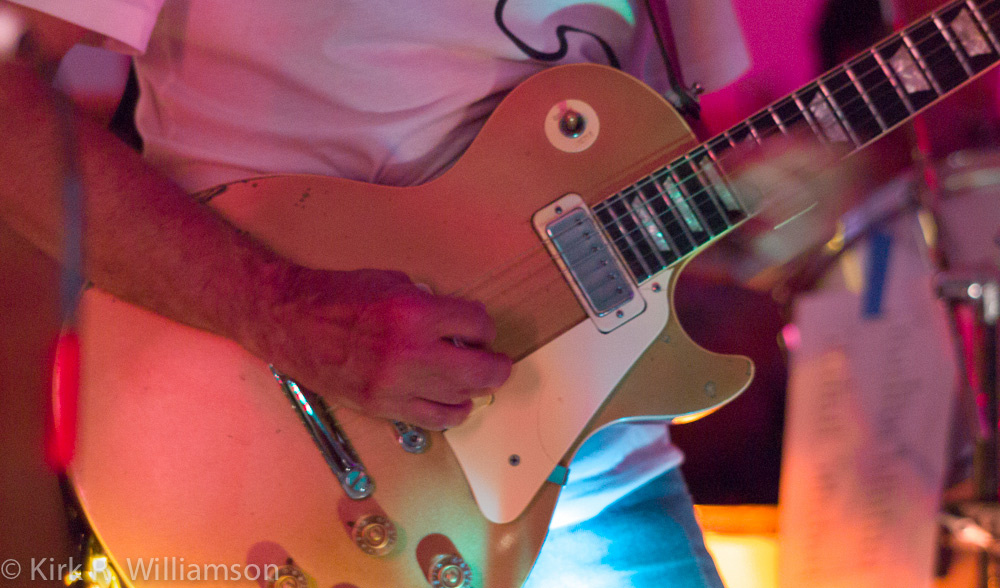 Since the guitarist was in such a dark place and never got much light on his face I decided to just shoot his guitar with his hands blurred if I could. 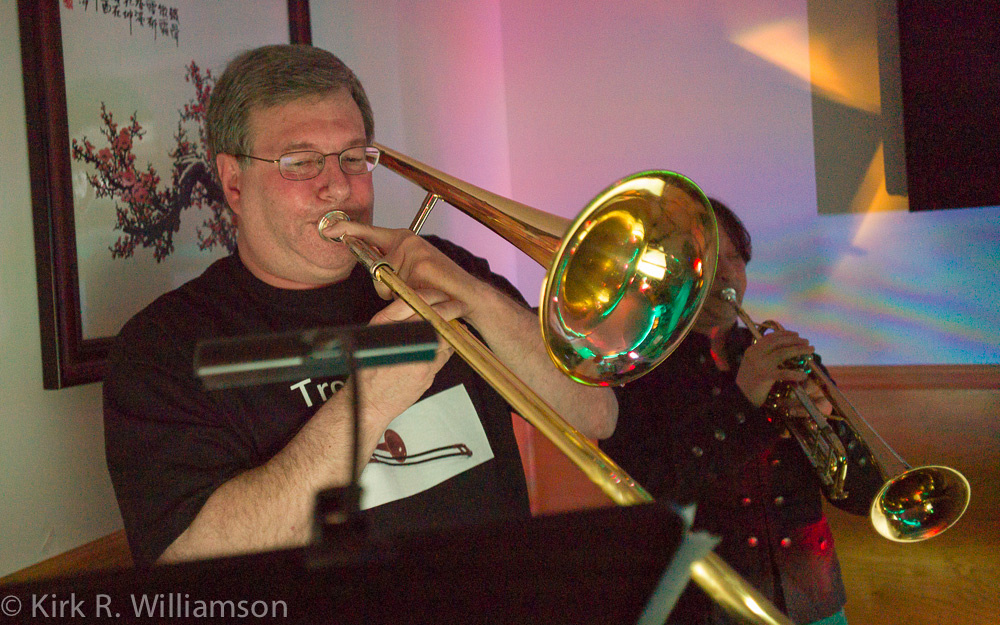 I was lucky to some extent as one of the horn players was lit up by his own music stand LED lights. If you can call 1/25s lucky. 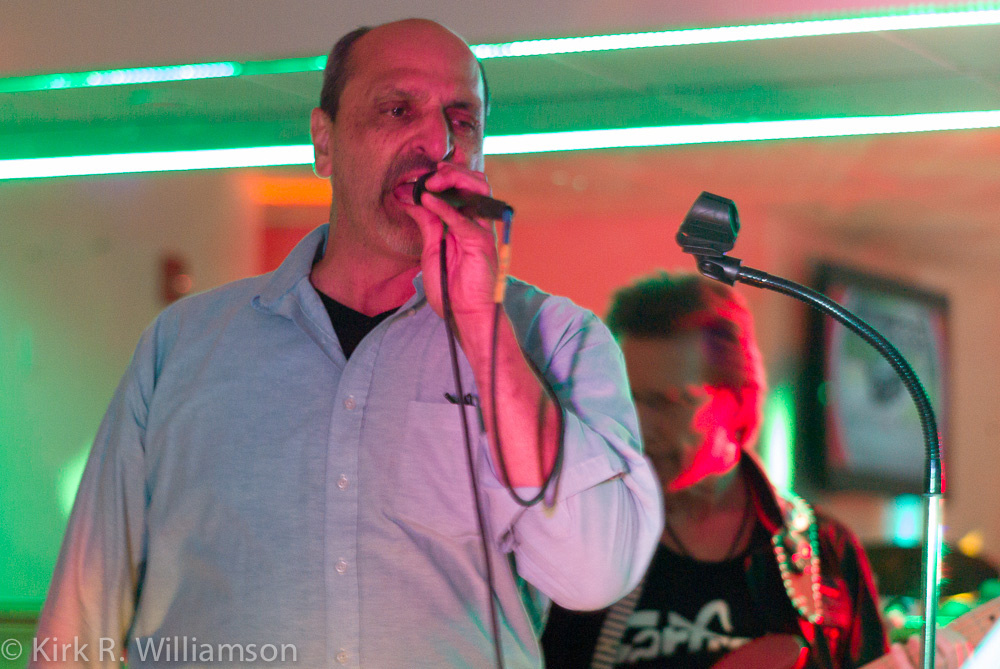 Being a photojournalist requires waiting for peak action when shooting at slow shutter speeds. I just caught the lead singer at the right moment to freeze his moving around at 1/15 of a second. Talk about luck and skill meeting at the right time. 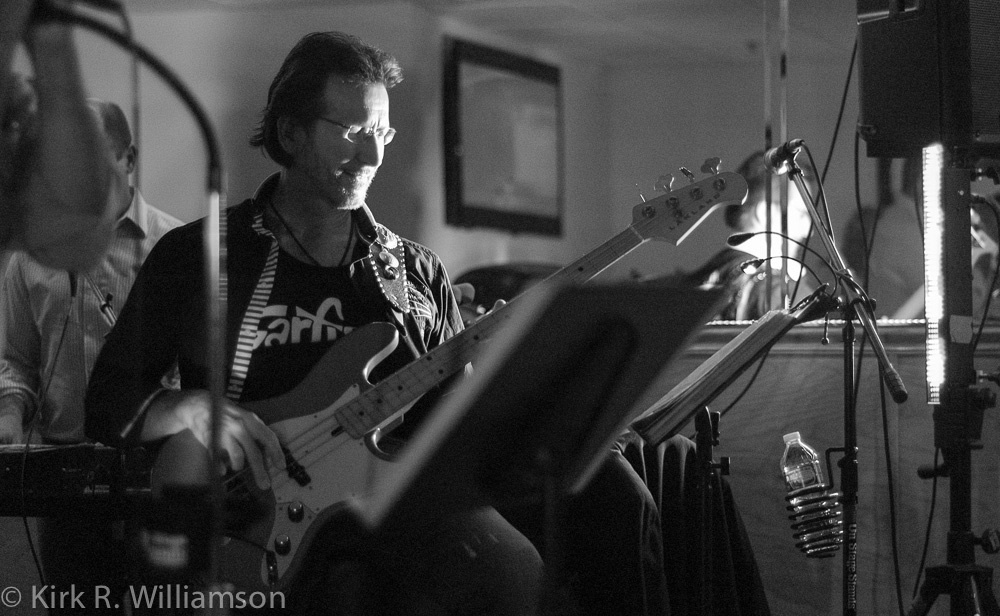 You can just make out the LED light on the right side of the frame lighting Gary up. 1/60 of a sec. was a real luxury. Using the Leica M9 for low light work is a challenge when you can't see the top of the camera. I was using it on full manual and not auto at all. Turning the dial on top to get the right exposure was a pain since with my close up eye sight is nil I had no idea what shutter speed I was at most of the time. Using it in auto would have allowed me to see the exposure but then I could not do much about it since I was shooting wide open at 2.8. It was still a worth while experience and I learned quite a bit about using this camera in almost total darkness.