Two of my favorite Leica lenses were made in the 1960's for use on the Leica M3 and M4. They are two of the most exquisite lenses that Leica ever made. The 21mm Super Angulon f3.4 made by Schneider (for Leica) gained legendary status when it was produced in 1964 and is still a beautiful lens. The 28mm Elmarit f2.8 is also a stunning lens and built just a year later in 1965. The design of both lenses used a long rear element that receded back into the camera close to the film plane which was fine with cameras like the M2, M3, and M4 but in 1971 with the introduction of the M5 made the design obsolete as the onboard light meter was unusable. For film camera use these lenses are still sought after for the cameras mentioned. 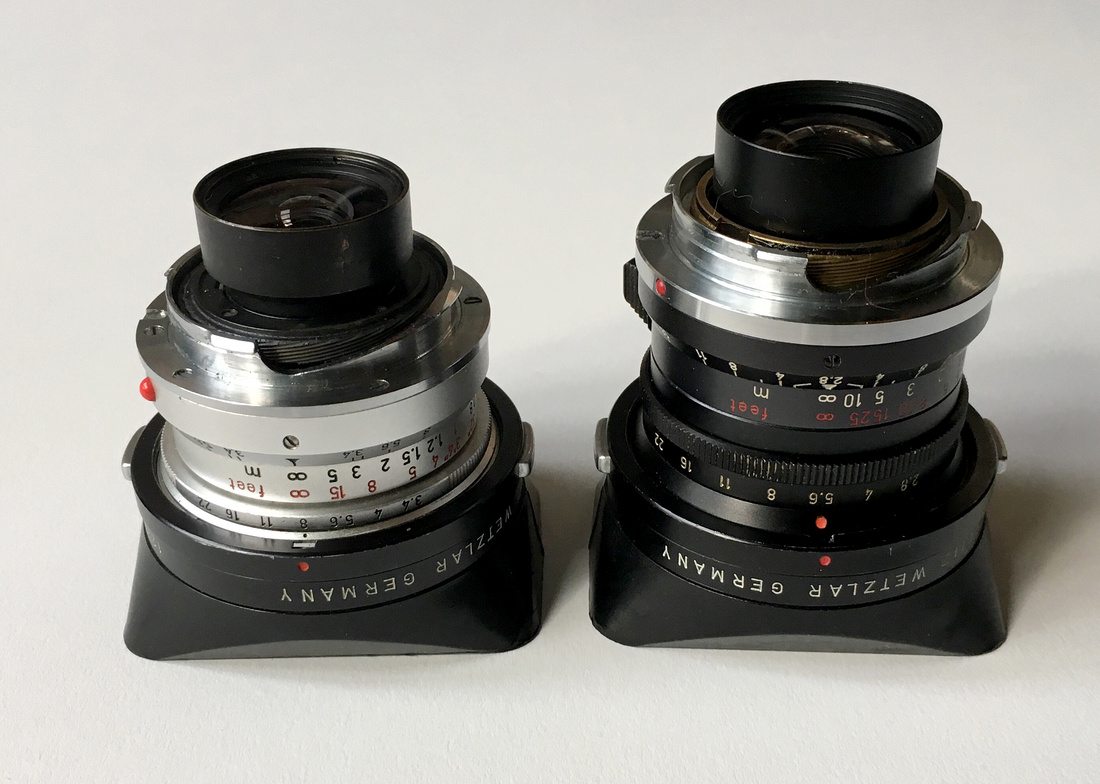 That being said I was always curious as to what would happen on digital Leica's. I read up on them and found the issue was that the rear element receded to close to the sensor and therefore created magenta edging and inaccurate meter reading especially with the 21 SA. When I purchased my M9 I was excited to try them out. At the time both lenses had not been CLA'd and were not clean and did not work properly. The 28 Elmarit was pretty clean but the lubrication was very stiff and the focus was difficult to use. I did use it however and really enjoyed it. So when I switched over to the M-P 240 I had both lenses CLA'd and was thrilled with the results.

Right away I found that the 21 SA (now clean) was an incredible lens. Much like what I remembered when I was using it with my film Leica's. The magenta edges and terrible meter readings made me rethink how I use it. 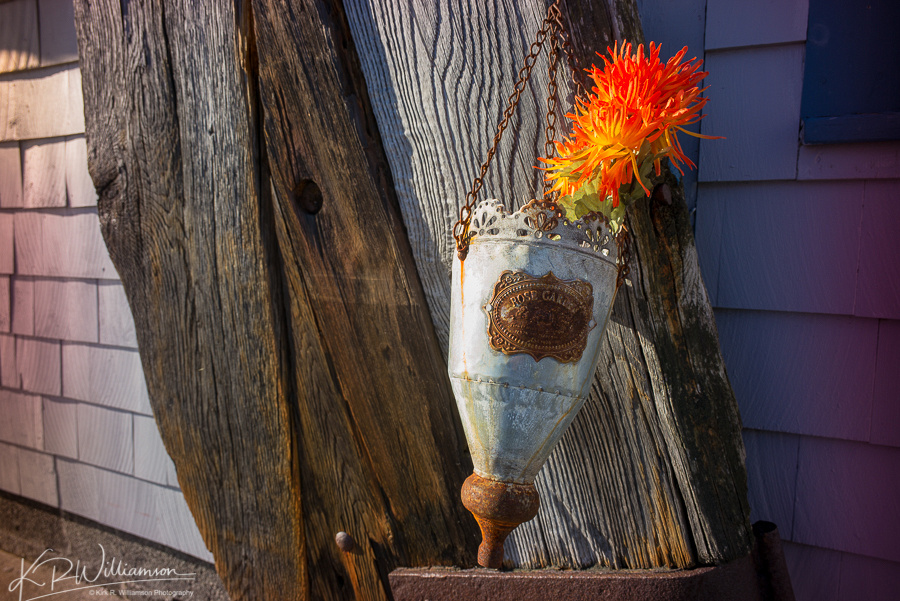 As you can see by this image the magenta sides are pretty ugly. Corner Fix has been known to correct this issue although I have not tried it. My solution was to use this as a B&W only lens. The meter issue is a Leica problem where the rear element is to close to the shutter to accurately represent what the sensor is seeing. So the solution is to shoot in Live View or use the Visoflex EVF. I like to use the EVF as I can see the whole field of view and the meter gives an accurate reading off the sensor. 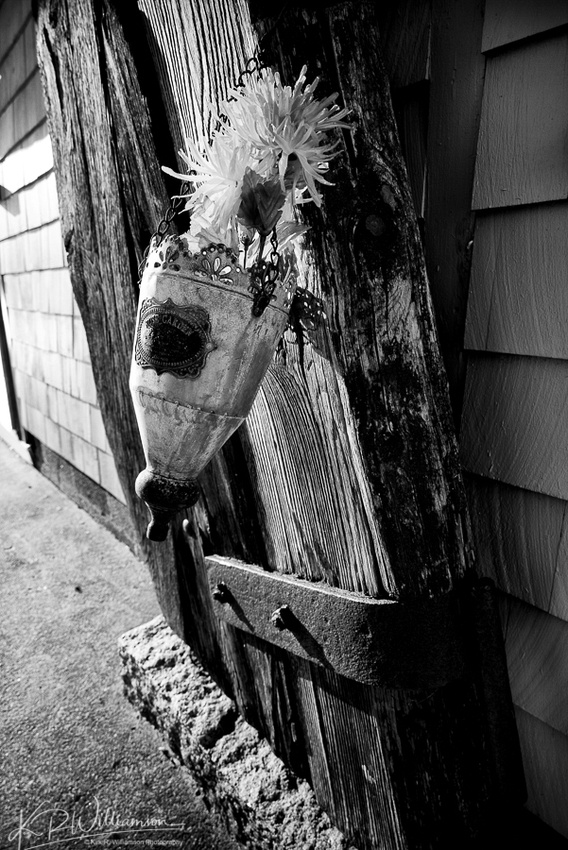 I don't mind the vignetting, it adds to the image. The B&W jpgs out of the M-P 240 are absolutely stunning and I love going out to shoot with this lens with the camera setup to shoot B&W. Some of my best images since purchasing the M240 have been using this setup. 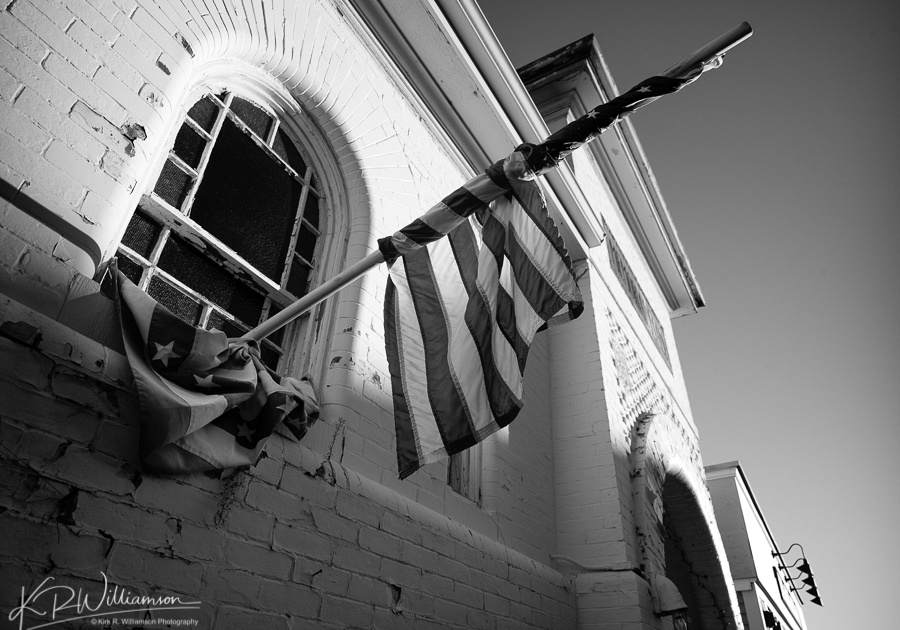 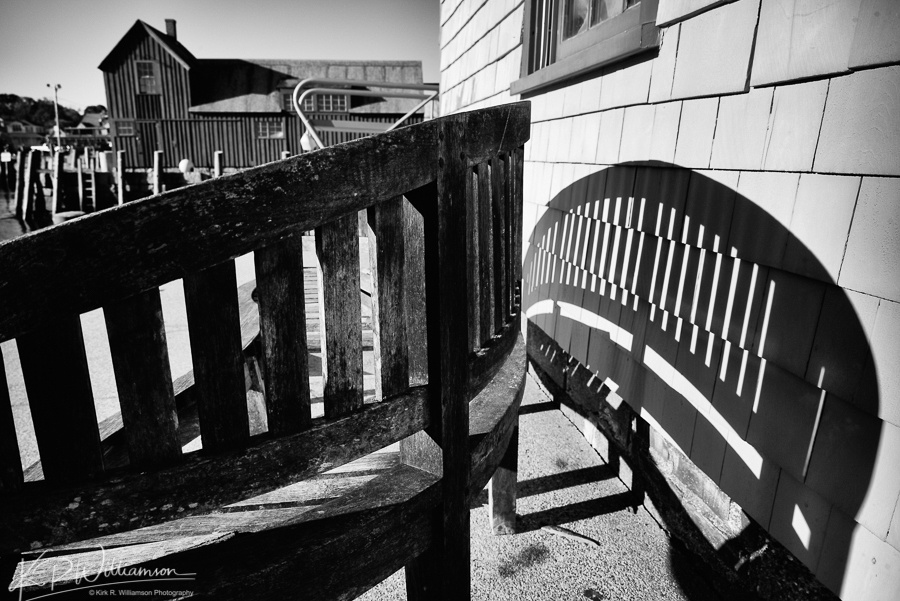 The interesting thing with this lens is that with the EVF you can focus this lens down to 26" which is near impossible with film unless you measure it, so chock one up for digital.

The 28mm Elmarit now focuses much smoother since being CLA'd. It is a dream lens to use. Now let me say the version I have is a rare bird. It is a version 1 made in Wetzlar. A valuable piece to say the least and very collectible.

Right away I found that the corner magenta fringing was minor and could not be seen in most cases. The meter reading was still off a bit so shooting with matrix metering, Live View, or with the Visoflex EVF worked perfectly. I love to use this lens for street shooting with the lens set to f8 and focused to about 4ft to infinity. It works great in this configuration but I try to figure out the exposure beforehand and manually set it. 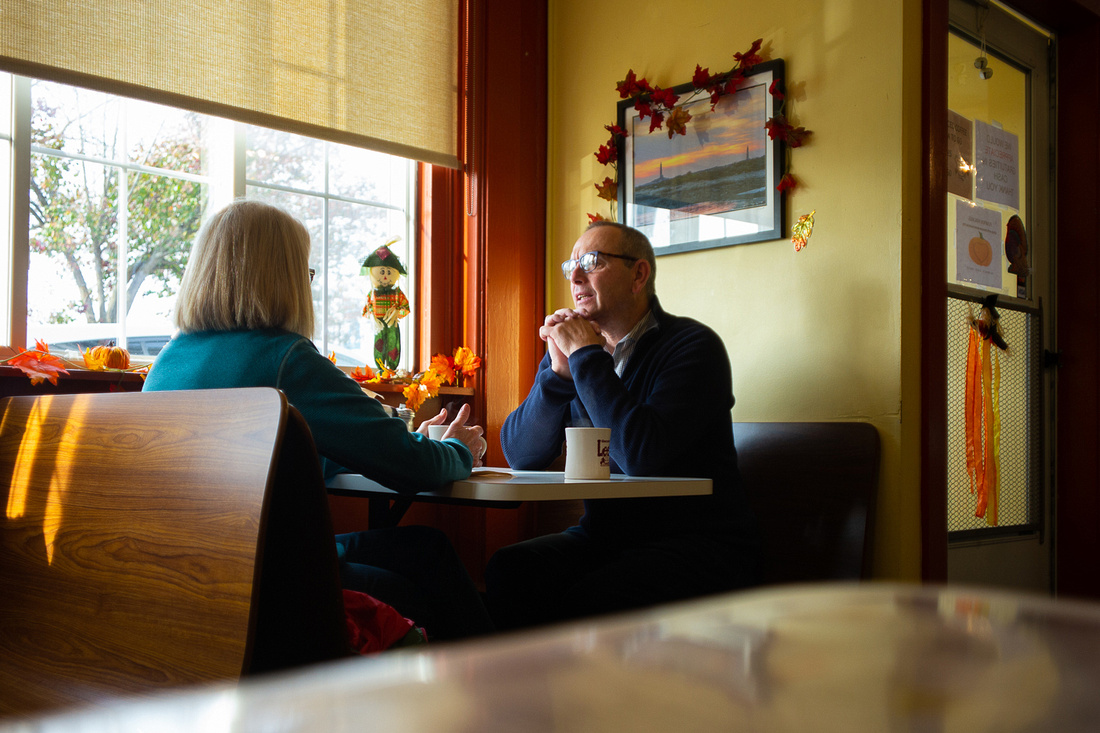 The same was done with this shot but I have cropped out the edges as they are distracting. I tend to use the matrix meter for exposure with this lens and manually use the frame line selector to show me the field of view. Pushing the frame selector switch to the right reveals the 28mm frame line.

Overall these two lenses are well worth it depending on their use. You can find newer versions of the 28 Elmarit f2.8 and at a reasonable price so not many folks use this much older 60's version even though it provides beautiful results. I also own the Leica 21mm Super Elmar f 3.4 which is the upgraded version of the SA and has been described as the best 21mm M lens ever made and I tend to agree. It is superb.

When I feel a little nostalgic I love to pull one of these lenses out and go for a walk and see what I can find. It brings me back to my film days at the beginning of my career and brings me closer to my photographic heritage when I was a much younger man.