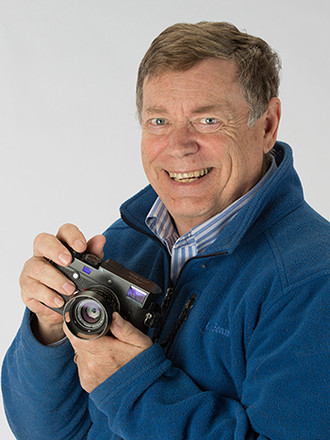 Mr. Williamson has been a photojournalist for over 38 years starting his career with North Shore Weeklies back in 1979. He then moved to the Salem Evening News where he was the Chief Photographer from 1981-2000. His career took a twist in 2000 as he saw a move to the internet happening and he became the Photo Editor for the website Autobytel. While there he was the Product Manager for the Auto Gallery product. After three years he felt a need to come back to traditional photography and became the Executive Director of the Cape Ann Photographic Foundation a 501 C3 organization he founded. In 2007 he moved back to the newspaper field to become the Multimedia/Photo Editor for Gatehouse Media North. In August of 2016 Mr. Williamson retired from the newspaper business and started Cape Ann Photo Tours. Over his long career he has won many awards from the New England Newspaper and Press Association and the NPPA. His work has been published in many publications including - The New York Times, The Washington Post, The Los Angeles Times, USA Today, The New York Times Magazine, US Magazine, Yankee Magazine, Sail Magazine, Ski Magazine, Skiing Magazine.

His landscape work has been displayed at the Rockport Art Association where he is a member and at any number of galleries in the area. Cape Ann is where he resides and is his favorite subject.

The natural scene that so many of us take for granted as we drive by is such a fleeting thing. Slowing down to photograph the suppleness of nature in all it's forms, and capture the beauty of light and the texture it brings to ordinary subjects is a guiding light for me.
© 2022 Kirk R. Williamson, All Rights Reserved
Powered by ZENFOLIO User Agreement
Cancel
Continue