Documenting life with the Leica M9

On Memorial Day weekend Janet and I were over to a friends house for a beer and dinner. My friend has an old (very old) beach house that has been in the family for generations. So we had a great time and of course the Leica M9 came along for the fun. I made some shots outside of my friends doing goofy things which won't make these pages. After dinner us old folks sat around talking and listening to, of all things, ring tones. My wife and I have iPhones and it's pretty easy to set up ring tones. But on my friend Will's ancient flip phone it was endless menu's he had to keep going back through. It was a howl watching him do this and getting frustrated while doing it. I could not resist making a shot of him attempting to make ring tone changes on his ancient flip phone. The M9 gave me beautiful B&W jpgs right out of the camera. I did very little to this image in Photoshop. This image is handheld at 1/24s at f2.8. Try holding your Canon or Nikon and big glass without IS it ain't fun. This allows one to shoot with a nice light camera and record everyday events with ease. Sure it takes a little practice but it's worth it in the long run. 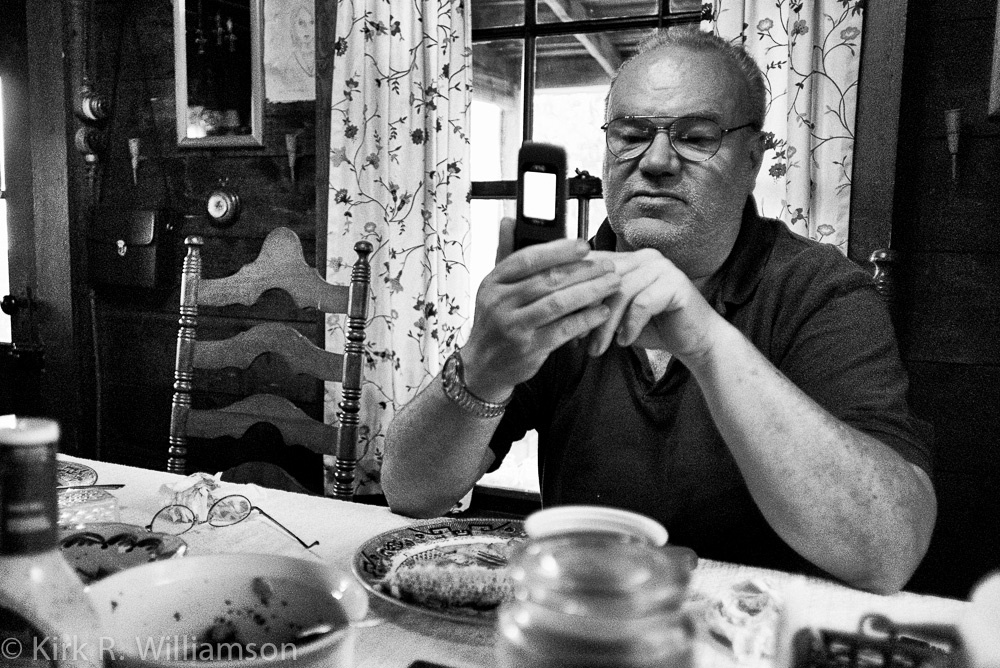 I like this version much better using Silver Efex Pro 2. The Tri-X grain really adds something. The other filter was Full Spectrum.