Christmas Moon over Thachers Island - The story behind the image

The journey for this image started around Thanksgiving this year more specifically Nov. 25. I was driving home from an assignment in Newbury when the moon made a spectacular appearance. As I drove home along Rt 133 it was dominating the landscape around me. I did not have a tripod with me so I didn't stop to make a shot of it. As I got closer to Gloucester and it started to rise higher and make spectacular imagery everywhere you could see it. People were stopping and taking photos with their phones which at 28mm is kind of useless for various reasons. I vowed at that moment that I would not be caught off-guard again.

So I started to look for ways to figure out when this would happen again. I found an app for my phone that does just that. The Photographers Ephemeris. Click on the link to see how fantastic it is. So back to the story. A photographer friend and I were talking about how cool it is and discovered that the next full moon was on Christmas Day and would be coming up right between the Thacher Island Twin Lights. So I started to plan my photo shoot for the day before and Christmas Day. The app tells you all you need to know about when the moon will rise, when it will set and for the sun as well. It also gives you the line of sight from any location and where the moon or sun will rise or set in regards to your location. So I set up for it on the day before Christmas as a test. It was going to come up an hour earlier and the luminescent values would be more in line with each other. I waited but the cloud cover kept it hidden for to long. So I decided to try to get the moon going down early Christmas morning since it was going to line up near Annisquam Light but again the cloud cover did not let me see it.

Christmas Day was not looking very good weather wise so I was hoping and praying for a Christmas miracle! The sun was out most of the day and when I headed over to Good Harbor Beach to get set up I was disappointed to see that there was a light cloud cover in the horizon. The crowds of people walking on the beach negated any parking close so I decided to drive back to Rockport and see how the horizon was shaping up close up. So I went over to Eden Rd. in Rockport to check it out. It looked to me as though it was getting lighter so I quickly drove back over to Good Harbor getting there at about 4:45 PM with moonrise being at 4:56 PM. I got set up behind my car with the Gitzo tripod and Really Right Stuff ball head holding my Canon 300 f2.8 L with 1.4 tele extender. I used my Canon 5D MK3 in live view on manual with auto white balance set as I knew it was going to change rapidly and I would not be able to keep up with it. I also shot this image in Raw format in Adobe 1998. As the light started to drop my hopes for a great shot were starting to fade as the appointed hour started to arrive. My initial calculations for location were correct the TPE was right on the money. If the cloud cover was not in play the moon would have started it's rise at the North tower and when fully visible would have been nicely placed between the two. But as luck would have it the clouds obscured the initial rising but when it did come up it was really nice. The shot below is the first image I made. You can see how the moon has already progressed to the right past the point where I would have liked it. It's already fully above the horizon but obscured by the clouds.

Here is another shot as it started to come up and brighten the sky a bit more. 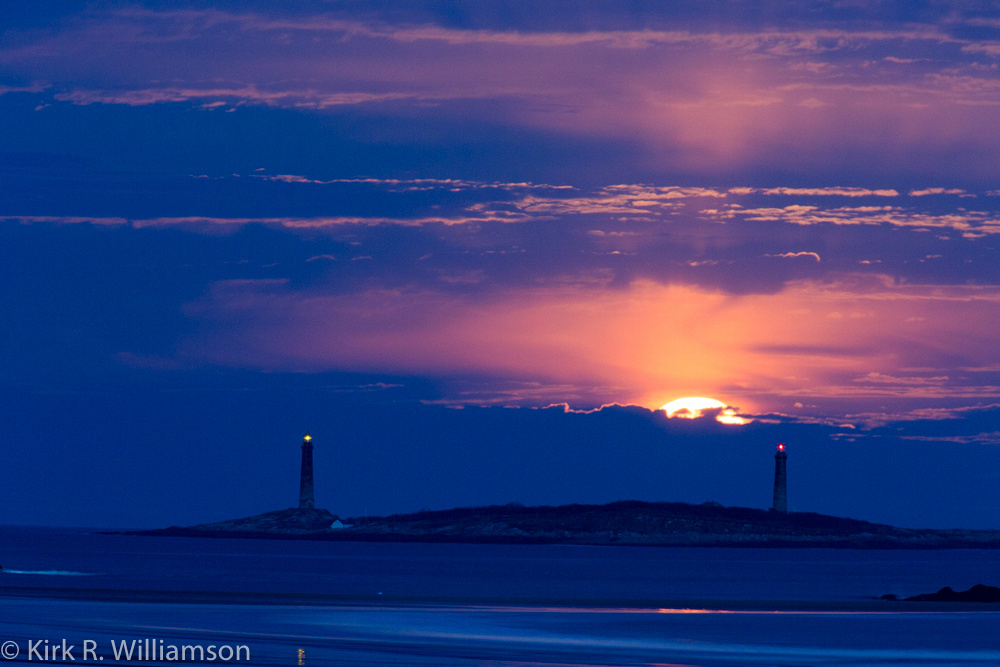 Here is the final shot or one of many but the one I like the best without any image merging. 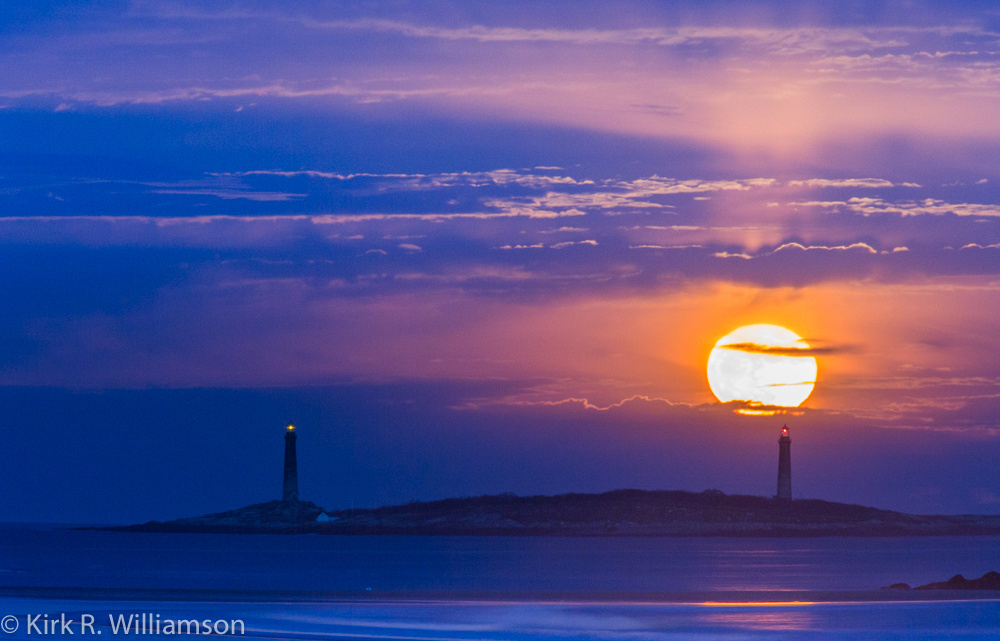 Post processing in Lightroom was able to calm down the brightness value of the moon enough to show some of the features. This is only possible because the image was made in Raw and the latitude of the new sensors is unbelievable. I was still not really happy so I tried merging some images that were very close but bracketed a couple of stops on either side. The only problem with the following image is that the red light on the south tower did not merge very well. I had to do some work in Photoshop to optimize things a bit but the image prints very nicely. Merging the bracketed exposures made a huge difference in tonality of the image. 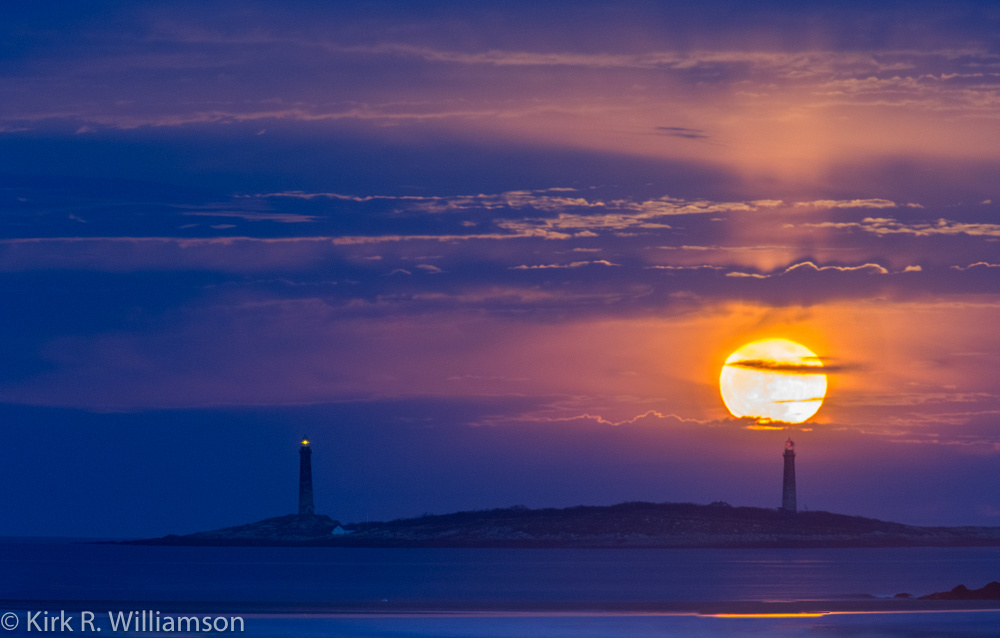 I know some of you will like the un-merged shot better and in some ways I do as well. I have made prints of both and the merged shot is clearly better.