The Leica M9 goes on assignment as the extra camera

Last week I had an assignment for a news conference in Gloucester - mostly boring speeches but on a good subject. The Leica M9 came along with the two Canon beast cameras with it's soul purpose to find something different. Well I was to busy to really look for something different but I managed to get a couple of images that I like. One was at the event, the other after I had left. I was out of synch at this event and did not come away with anything I really liked for the paper. Nothing that summed it up in one image. The other paper managed to and my hats off to him for that. I sit at a desk to much so hence my being out of synch. But it was good to be out of the office and shooting images! Here are the two I like. 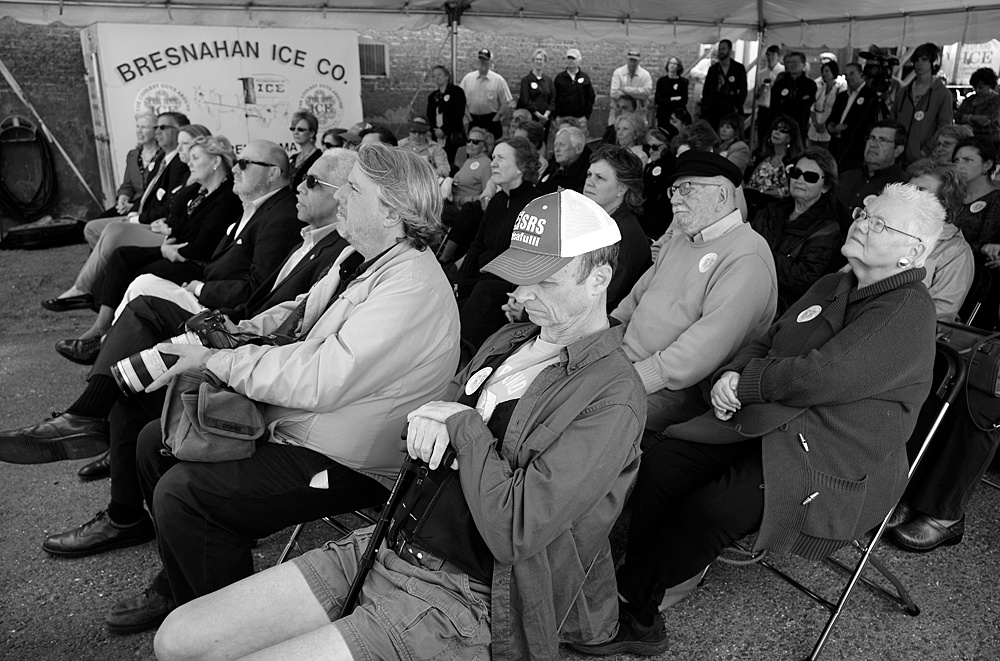 Most everyone is paying attention here except the guy in the foreground. It looks like he's dozing off but I know he was listening. I was hoping for some good people photos but nothing really jumped out at me. 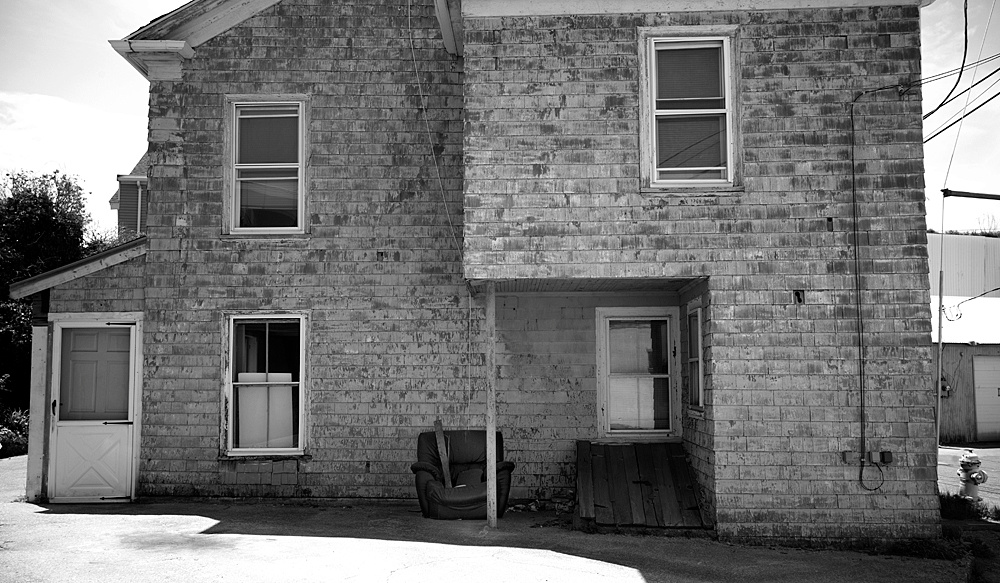 As I was walking out I noticed this old run down building in a very old industrial section of the city. I love the way the shingles show up in B&W and the old easy chair just thrown outside. Typical of parts of Gloucester. This building has so much character I can only imagine the characters that live in it.