Against the Light - Leica M9 and the Leica 28 Elmarit

Today I was able to get outside to do a little shooting with the Leica M9. I headed over to my favorite place in the world Annisquam Village in Gloucester. I grew up here and have been making pictures in the village since I was a young boy. It has changed over the years but the famous Cape Ann light never ceases to amaze me. The first shot is of a lobster boat tied up at a float near the walking bridge that goes over Lobster Cove. Looking back into the light at low tide gave me a nice opportunity for a great image with the light shining off the mud and water. I love the footprints in the mud. I did not see these when I made the photo. 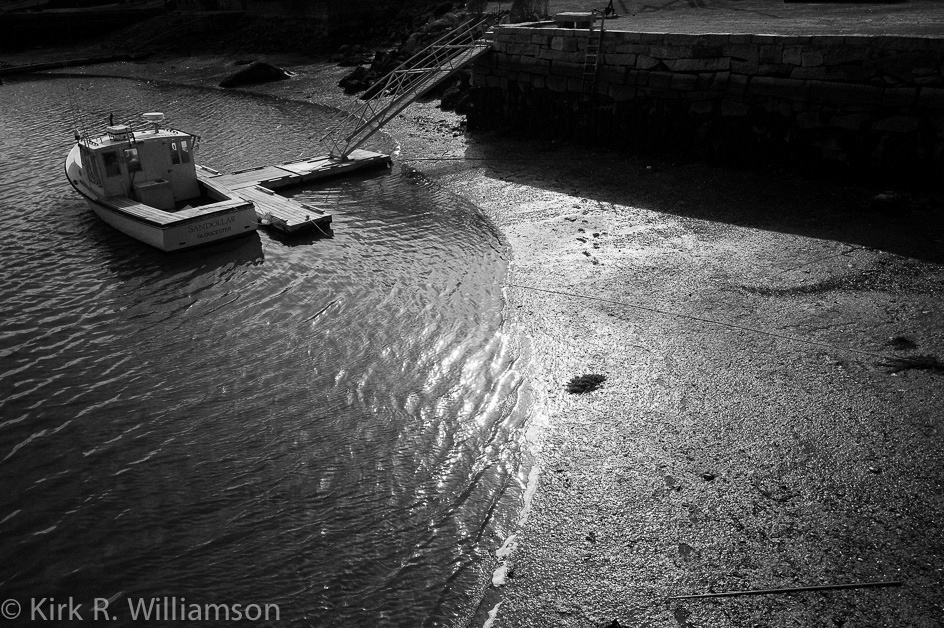 The second image is one I have made before but I wanted to try it again with the M9 and the 28 Elmarit. I got down to a lower angle and made this perspective shot that is kind of interesting. Both shots were processed in Silver Efex Pro after some minor tweaking in Lightroom.