Portraits with the Leica M9 and 90 mm Tele-Elmarit

Here are some portrait shots taken of my aunt with the Leica M9 and the Leica 90mm Tele-Elmarit. Nice sharp images with very little image correction in Lightroom. This lens, although older has a really nice look to it's images. The newer version 90 is beautiful but does not give the same Leica feel to it. These images look more like film. 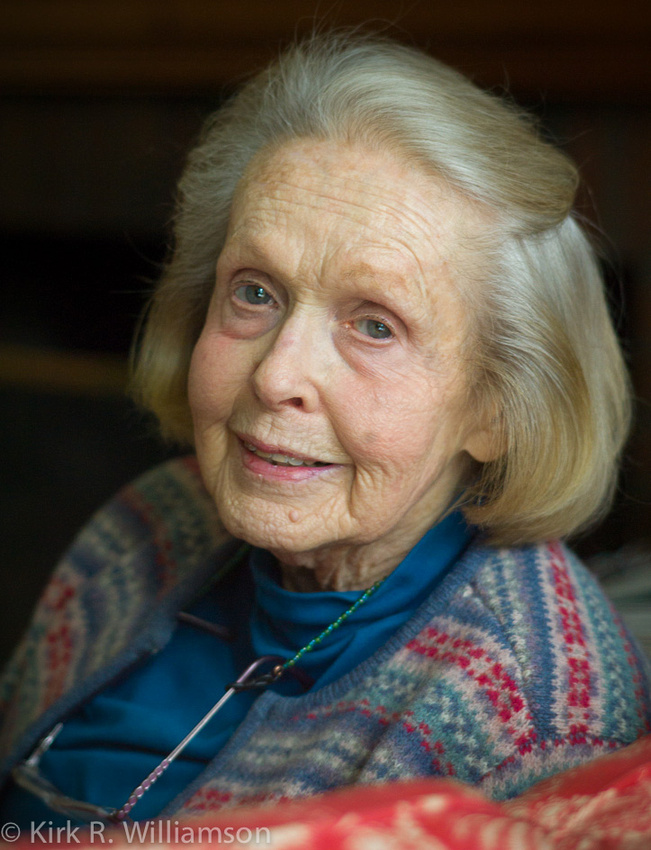 This past Saturday I was able to visit with my 85 yr. old aunt for lunch. My Leica M9 came along for the ride as it was the camera that would be easiest to handle in this situation. After lunch we were sitting around looking at photos on her iPad and felt it was the perfect time to break out the camera to make some photos. I hobbled over to a good spot where there was some light coming through two large sliding glass doors and asked my aunt to turn towards me. The light was still low and very cool but beautiful. I tried to get as low as I could but still at a slightly higher angle than her as it would be more pleasing than straight on. I had on my dad's (her brother) Leica 90 mm Tele-Elmarit. This lens is so smooth to focus and made this situation easier. Just imagine me with one leg kind of working stretched out behind me leaning on a crutch to get the right angle. It was a neat trick. 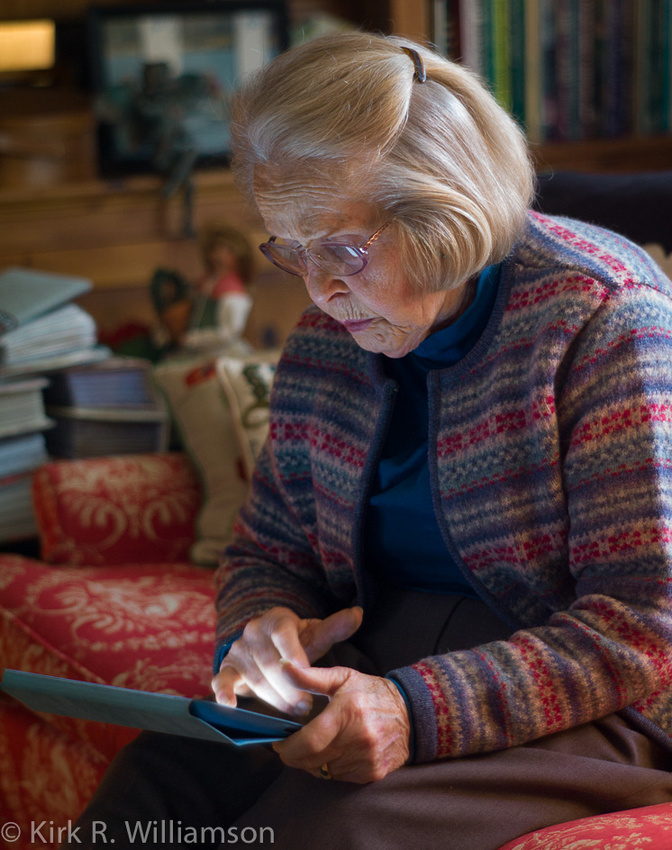 With the shot above I wanted to show more of the room and give me the feeling I had when I made it. The light coming in from the windows was lower and the exposure tougher. The Leica M9 and 90 mm combo worked out perfectly at 1/24s, tack sharp. I warmed it up a bit in Lightroom but left it kind of alone. The background is a wonderful bokeh, nice and soft. The light from the iPad is giving her face a nice glow and really adds to the photo. A portrait I will remember for a long time.