Before Halloween I got a call from the director of a local chorus group. She had a great hook for me to show up and capture the rehearsal of her group. They were mostly going to be dressed in Halloween costumes. That was enough for me - singing "The Messiah" in Halloween costumes. When I got there I was faced with approx. 100 people most dressed in some sort of getup all singing. I went about making shots with the two cameras I had with me the Leica MP 240 and the 50mm Summilux and the Canon 5D MK3 with my new 24-70 f4 L IS. I was keen to test this lens out inside with low light and IS. Up against the Leica I was not sure what I was going to get. I was not disappointed. The lens performed brilliantly. Besides the minor barrel distortion at 24 it worked great. The Leica also did well shooting at f2 or 1.4 but I was using that for myself so I did not ID the people. I will add a couple of shots from it later today. Here is a shot of two women engrossed in their singing until they saw me hanging about. One just peaked above her glasses to look at me as the other continued without looking at me. Normally I don't like the images of people looking at me but for some reason this one has a different look. 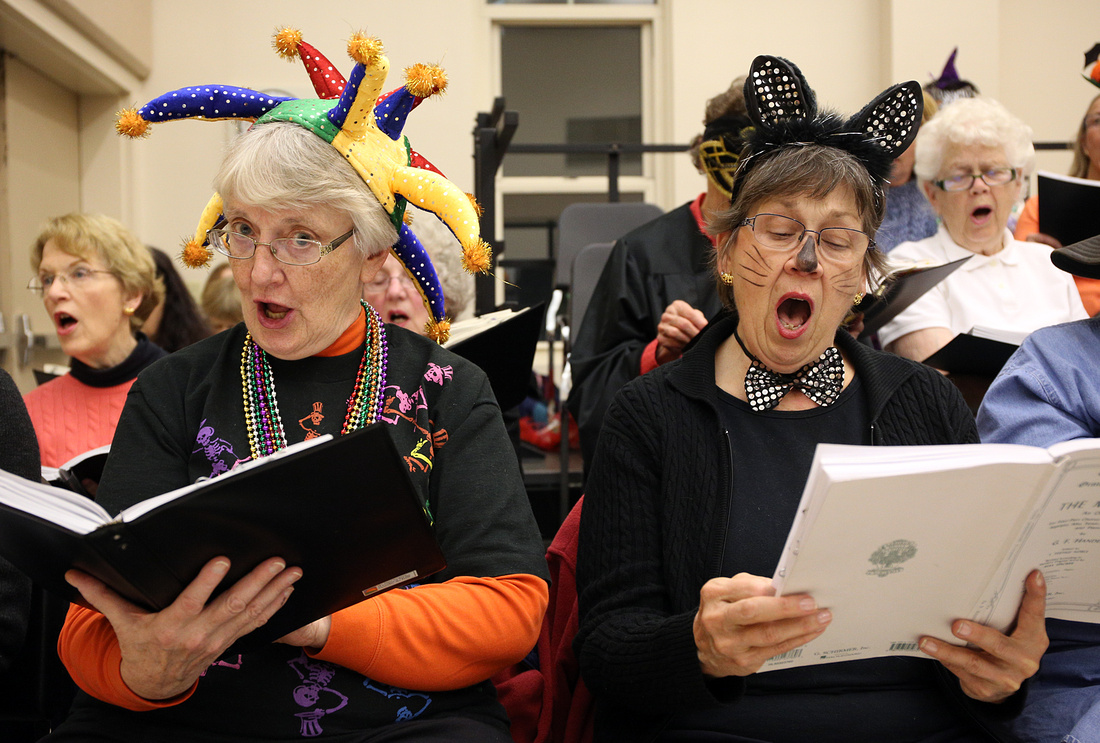