Today I had a pretty boring assignment and decided to bring along the M9 knowing the photo was going to be bland. I needed to photograph someone hanging a show of posters at a local library. My standard tool would be the Canon rig but I wondered if the Leica would give the image a different look. No flash was involved so I could evaluate both systems. I started shooting with the Leica and the 35 Cron ASPH in jpg mode knowing that I could not adjust the color very well afterward. The AWB works fairly well when there is only one light as there was in this case. At first I was excited about the pop the 35 Cron has but after looking at the Canon shot overall it's much better. 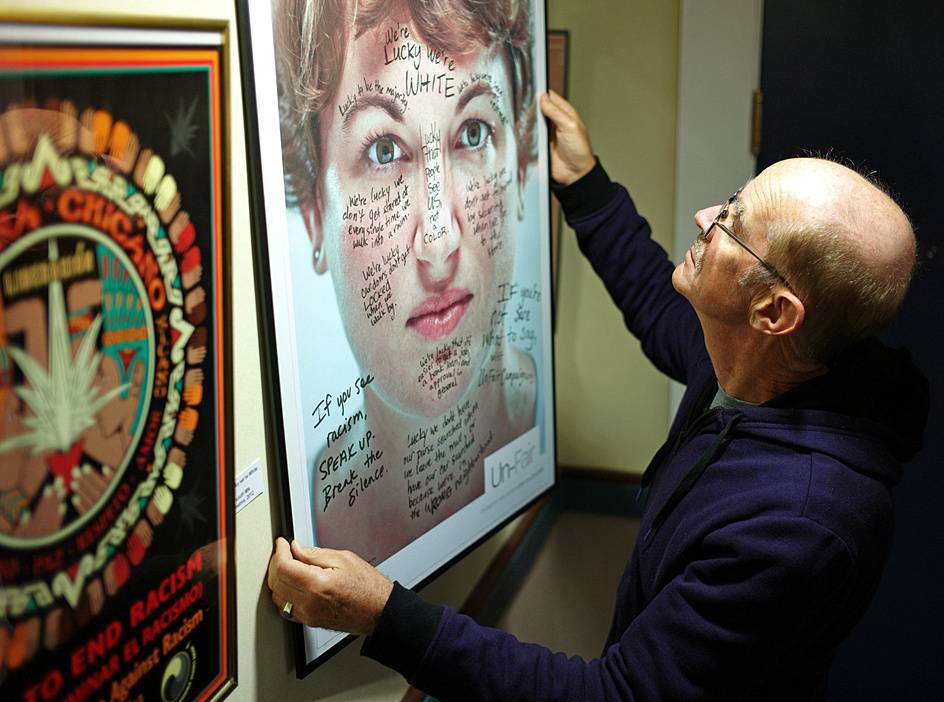 Leica M9 w/ 35 Summicron ASPHStephen Lewis hangs one of a set of three anti-racism posters at the Beverly Public Library in preparation for an exhibit of his diversity posters starting Monday, Sept. 22, 2014.

As you can see this image at f2 is exciting as the woman's face and the Mr. Lewis's face are tack sharp but everything else is slightly out focusing the attention right where it should be. At 2.8 it would not be as nice. My problem with this image is the hot spot on Lewis's head. This is a problem with the jpg mode on the M9 and srgb mode. The original still has no information there. As you will see the Canon handled this much better. New technology trumps everything. 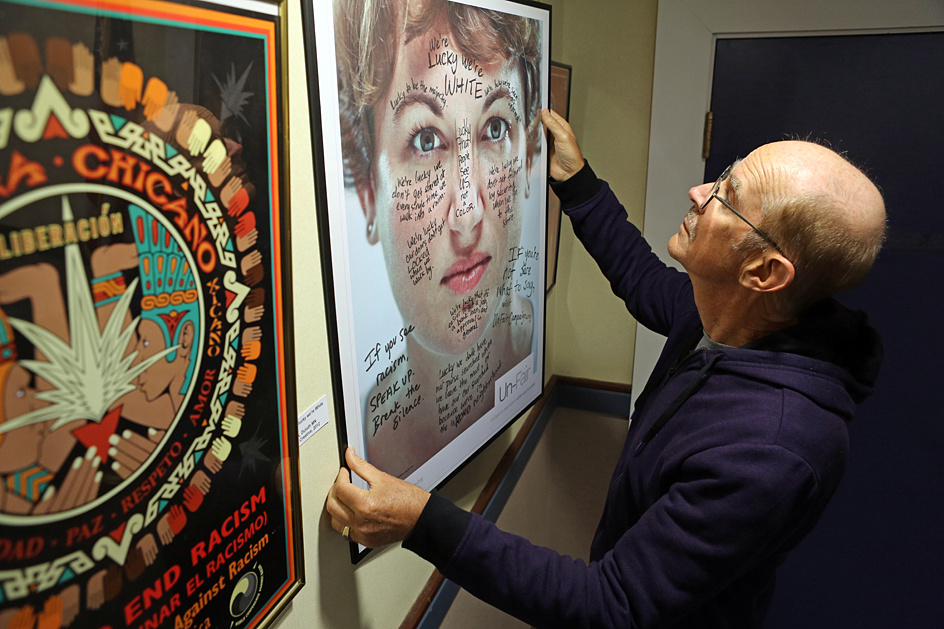 At 4.5 this image does not have that special character to it with the interaction between the woman's face and Lewis's. This is also because of the wider angle lens. This lens is only a 2.8 and at 35mm would not have given the same look as the Summicron. I kind of like both images but this one I like a little better because there is no hot spot on Lewis's head. But the Leica does have a special look to it. Let me know what you think!