Shooting Sports with the Sony Nex-7 and Leica M9

The other day I had the opportunity to shoot some bicycle racing with my Sony Nex-7 and my Leica M9. I was not on assignment or I would have been using my beast cameras of choice the Canon 7D and 5D Mk3. These cameras require almost no effort to shoot sports as they are auto focus, auto exposure etc. etc. Love em' do death but I wanted light not big. So I put the Leica 90mm Tele-Elmarit on the Sony Nex-7 and the Leica 35 Cron on the M9 and off I went. Here I was in a very familiar location having shot this event many times before but not with two manual cameras so light I had to look every once in a while to see they were still on my shoulder. I had a great experience using both cameras! Of course I was not under the gun to make pictures for publication or I would have shot tons more images. Here are a just a few. What I decided to do and most of you know this was to prefocus on an area and let the cyclists ride into the area that I focused on. The red fringing in the Nex-7 was turned up all the way so I could see small areas of the pavement show up in red. This worked great. The Leica 90 mm Tele-elmarit which was a 135mm on the Sony worked really well for what I was doing. I even used it on the M9 and got some good pan shots. I used the Leica 35 Cron for some people shots and I include my cousins kid here getting patched up by the medics after a fall on the fourth to last lap. 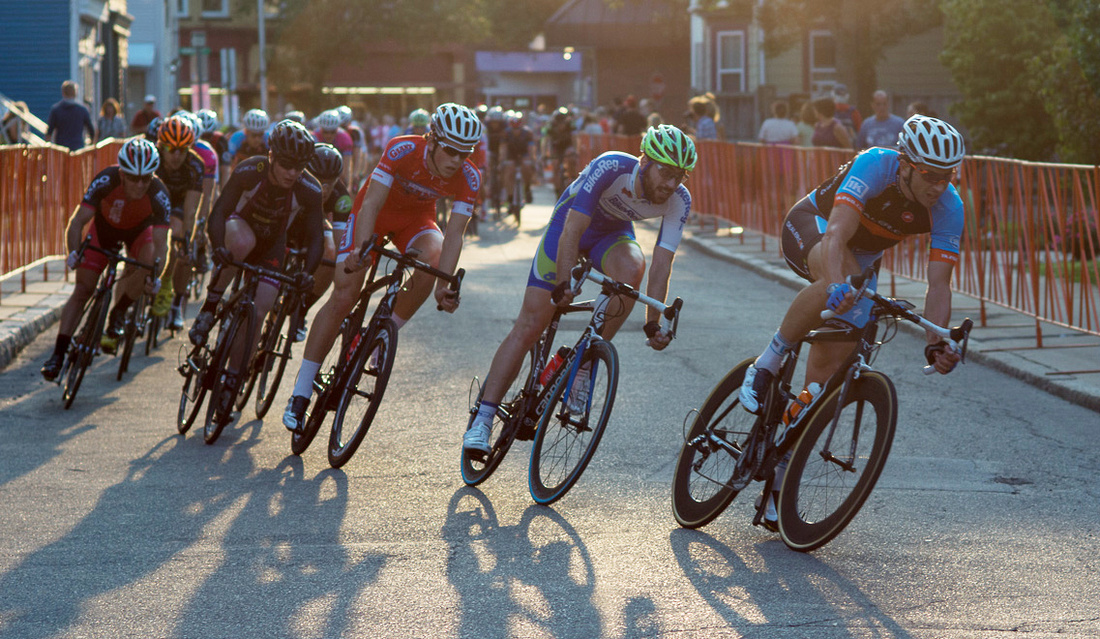 This image was shot directly into the sun and survived! This lens was built in 1964. 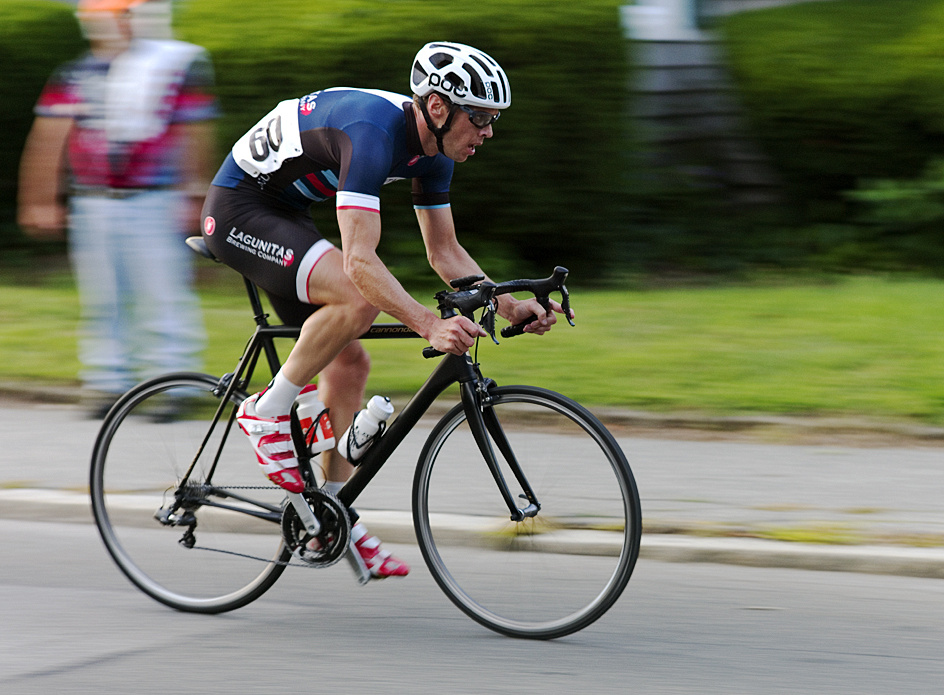 If not for the spectator this would be a keeper! 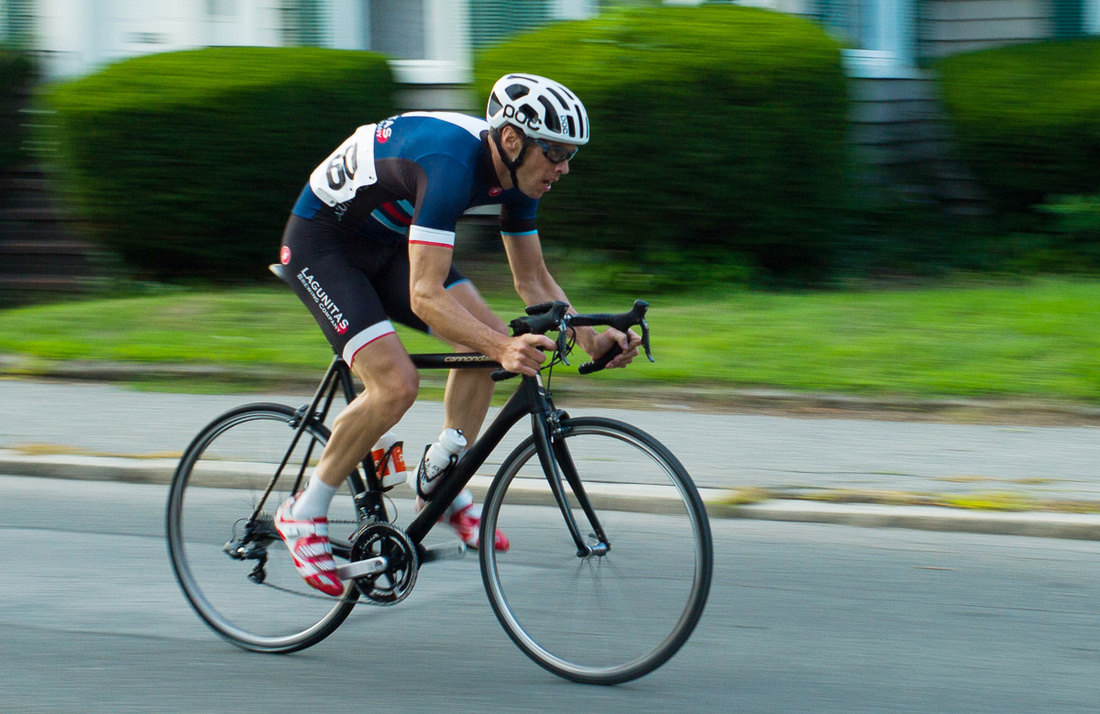 A heavy crop on this frame but still nice.