Last week my wife and I were visiting our boys in Portland OR. We had waited eight months to make this trip and we had a wonderful time visiting with them. At the end of the day on Monday we went over to Sauvie Island outside of Portland to see a farm and buy some wonderful Oregon strawberries. They are delicious by the way. The weather had been terrible all day with rain showers and thunderstorms moving through. Just as we were leaving the farm another thunderstorm came through and drenched everything but quickly dried up with the heat of the day. The storm clouds were magnificent all around us as lighting was still present so black clouds were everywhere. As we made our way around the island several opportunities presented themselves. The Leica M9 proved to be an easy camera to use as I made frames with three different lenses in short order following the clouds around us. We first came upon a field of flowers of some kind (I'm still not sure what they are). My son John and I jumped out of the car to make some images. We first jumped into the field of flowers and came up with this image. I used the jpg B&W and put it into Silver Efex Pro 2 for processing. I'm not sure what preset I used but I know it was not to extreme. The presets in Silver Efex Pro 2 really give me some latitude in B&W post processing. Instead of fooling around in Lightroom 4 I can get something similar to what I envisioned right away and then I can tweek it inside the preset. For clouds there is nothing like getting something close with one click. In the wet darkroom this meant printing on Agfa Brovira grade 3 and dodging and burning to get the desired result. Then later when multi-contrast Kodak paper came out dodging and burning and changing the contrast for the clouds. As you can see the results are stunning.

The next thing that struck us was this incredible scene across the street. The storm clouds where zipping by a farm house with it's silo. I have never seen clouds so intense and my wife commented on this as I changed lenses to my Leica 90 Tele-Elmarit. We raced across the street to get this incredible scene. I have also run the B&W jpeg through Silver Efex Pro 2 which has enhanced the clouds a little bit more. All I can say is wow! It was such an other worldly scene. I remember this scene as you see it. I envisioned this in B&W just like the flower scene above. Color never really entered my mind as the clouds really dramatically took over. 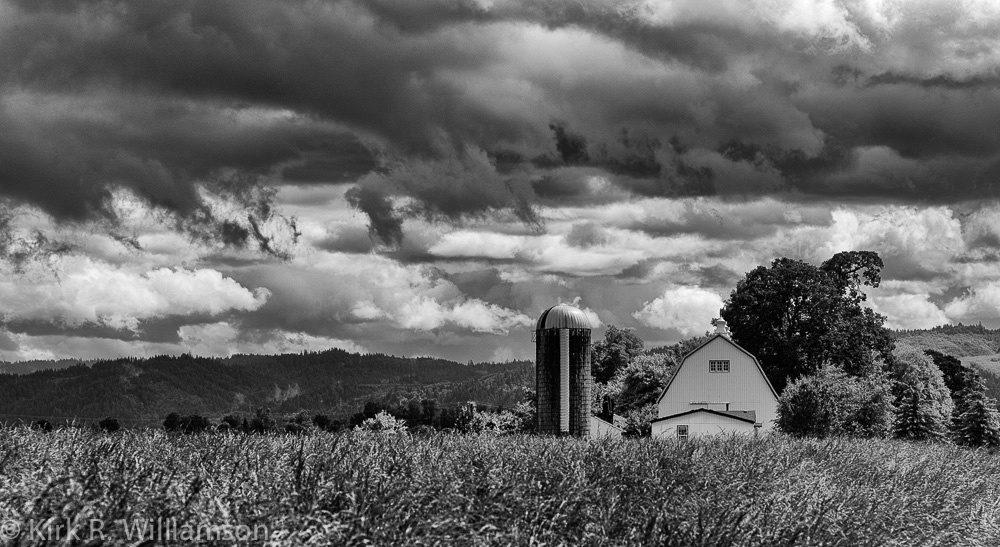 Earlier in the day we were looking for waterfalls along the Columbia River and the clouds were just as dramatic. The image below was made with the Leica M9 and the 50mm Summilux ASPH. 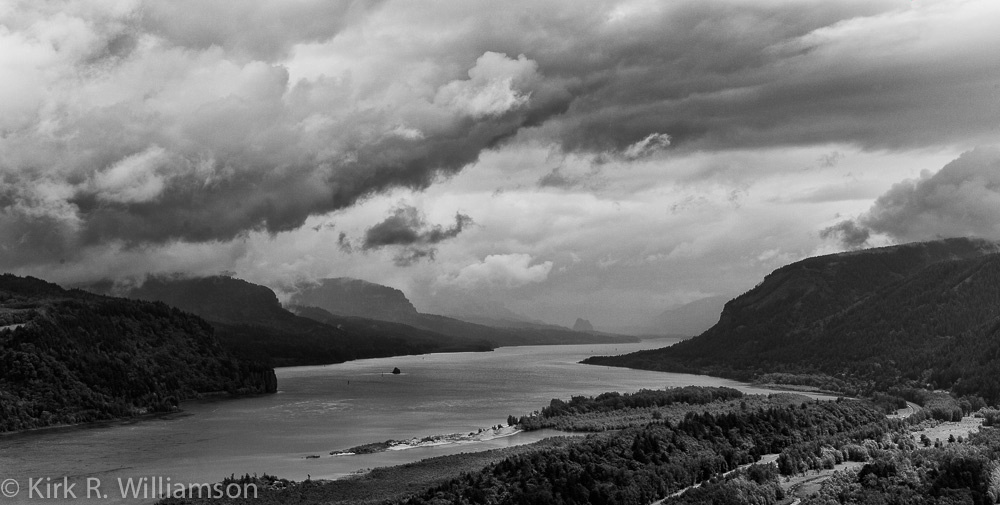