The Black & White World - The Leica M9 seeing in B&W

My friends accuse me of seeing in black and white. I admit it I do not see color well and some of my best photographs tend to be of a monochromatic nature. When color is obvious then I'm fine with it. But contrast always draws me in whether it's a strong light play or a strong design element that lends itself to B&W. Interestingly when I shoot images for my job everything is in color and translated to B&W for the paper. Only a few of them land on the front sections in color.

Early in my career everything was in B&W. The film was Kodak Tri-X and by god if it did not pop then it was kind of useless. So I learned early on that if the image did not pop it was going nowhere. So my favorite way to shoot (and still is) is against the light - I love it. So whenever I can I shoot against the light to give me that great contrast and an image that pops. News photography is all about impact. We look for images that make you look and pick up the paper. I don't know why but when I switched back to using the M9 I found myself converting my color images to B&W. Even my first shots with Leica M glass and the Nex-7 I converted, and man do I love the way they look. I find myself converting 75% of the time and bringing them into Silver Efex Pro to tweak them a bit.

This afternoon I went out for lunch and as usual had the M9 hanging off my shoulder. The sun was bright and the shadows straight down (boring) but the image below presented itself as I was walking into the building. The flowering bushes drew me in but in color it did not resonate with me that well so I converted it and it came alive. As far as photos go it's not the best but hey not everything you take is going to win awards. I love my Vers. 1 (11 801) 28mm Elmarit. It is a really beautiful lens for something that is really old. This lens was made in the sixties and is the 1,637th 28mm Elmarit made in Wetzlar. I love the red feet numbers. This lens is a rare bird and sings every time it makes a frame, it's awesome. What's really cool is I have the original box it came in with the S/N hand printed on the bottom of the box. 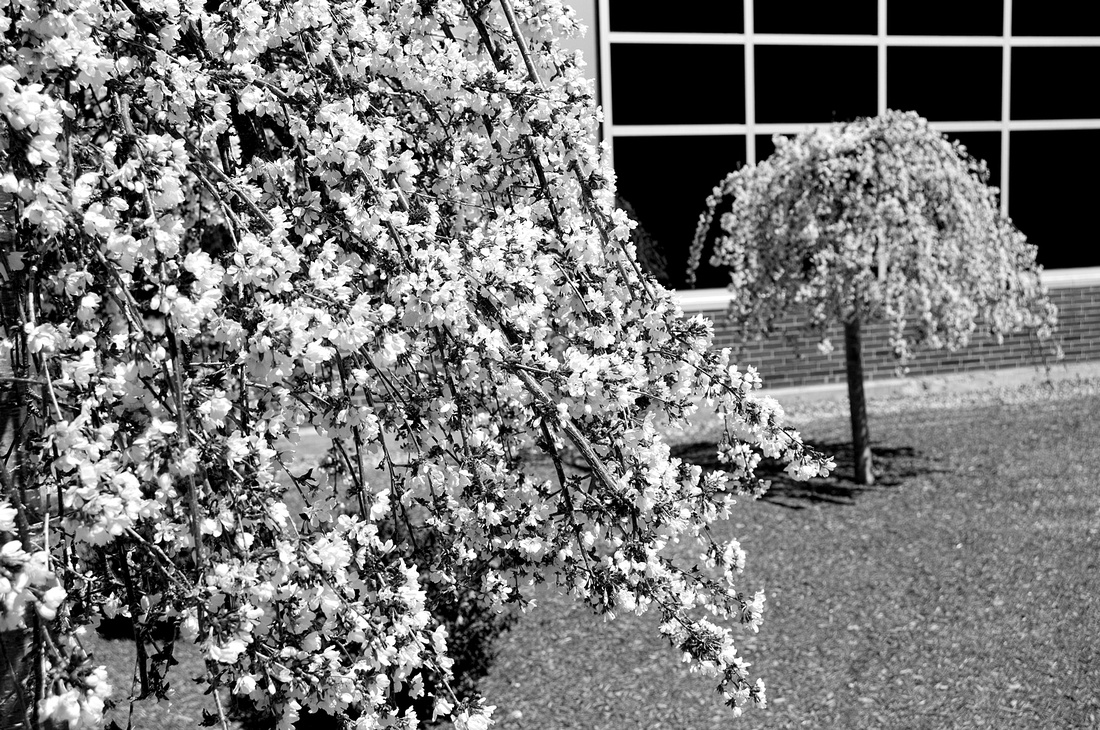 The image below was made yesterday as the spring showers came through the area. I was stuck inside doing work on several papers and wanted like crazy to be outside shooting so I went over to the window to make something. This is what I came up with. Double click on this to see it larger. 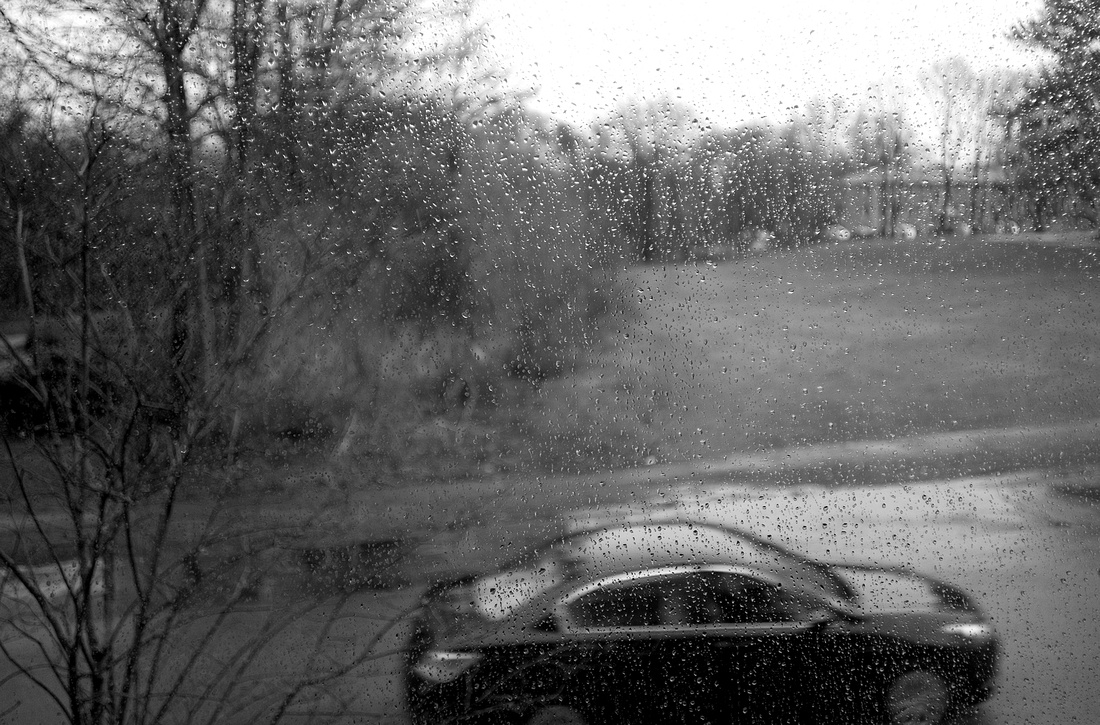