Recently I had the urge to break out the Leica 21mm Super Angulon f 3,4 and try it on the Leica M9. I consulted Thorsten Overgaard on this becasuse it looked like he had good results. Thorsten has not used it for a while and was not sure what he had done but suggested that I not use the in camera profile of the lens and turn off the profiles. So I did this and the results were much better than the first time I tried the lens camera combination. Leica claims the meter does not work with this lens and the Leica 28 Elmarit. They are right with the 21 but absolutely incorrect with the 28, it works perfectly. So while on assignment with the big glass (Canon 300 2.8) and Canon 7D to shoot sports I carried the M9 and 21 to see if I could get something to test things out. I know I might be able to fix the corner issues with Corner Fix and that is on my list of things to try. Lightroom also does a credible job of correcting these corner issues and I will report back how that works. The conversion to srgb created some harsh transitions so in Adobe 98 it looks better. Either way this is a tough mission for a lens that protrudes so far into the back of the camera. It is a nice small lens and is in awesome shape for an older lens. I really love this lens and have used it off and on so much over the years on my M3 and M5 film cameras. I will miss it dearly but without being able to use the M9 meter and having to use other software to clean it up in post I will have to look for another 21. Most likely the Leica Super Elmar 3,4. Below is what I got straight out of the camera. I was able to make it kind of useful with my antiquated version of Photoshop and Camera Raw at work to the image below.

Then I decided that B&W was better

While I was thinking of how to test out the 21 SA on the M9 I was trying to shoot girls high school lacrosse. Here is the best image from that game. 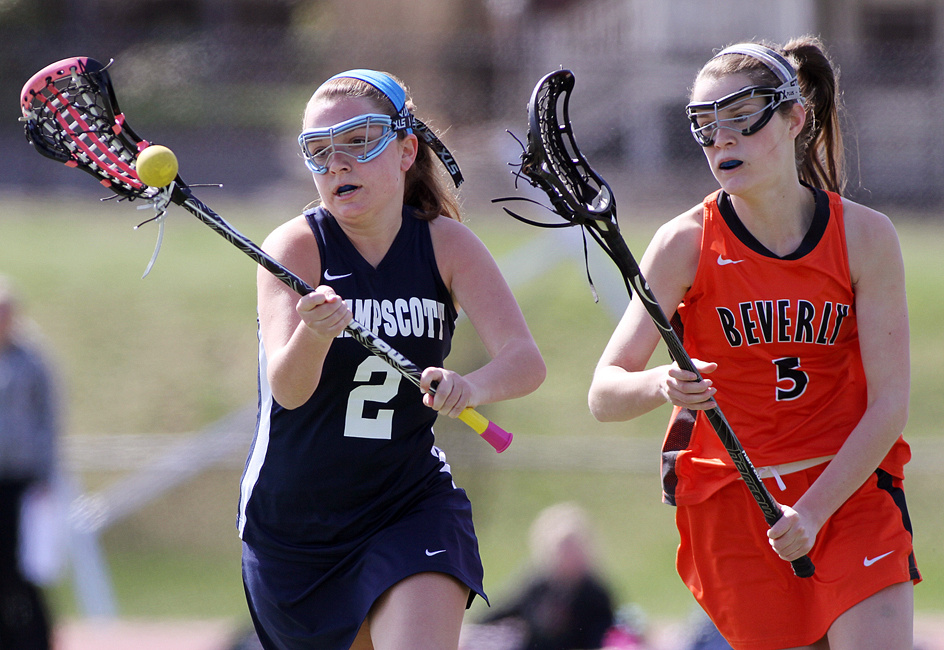 I must tell you that my Canon 300 f2.8 is ancient! But by god it is damn sharp and with plenty of contrast. Ya, it may not be as fast and small as the newer versions but I love it. I only pull it out for sports or for the occasional fine art shot ("Autumn Skiff" in my homepage slideshow) was made with this lens and the very new Canon 5D Mk lll. They worked beautiful together even though they are years apart in age, almost 20 years. I use the 300 f2.8 on my now pretty old Canon 7D and the focus might be a bit slow but with my experience of shooting sports for over 30 years I know where the action will be and I wait for it. The camera does just fine for me. I refuse to spend $6000 on a Canon 1D X. Now if it made coffee ....