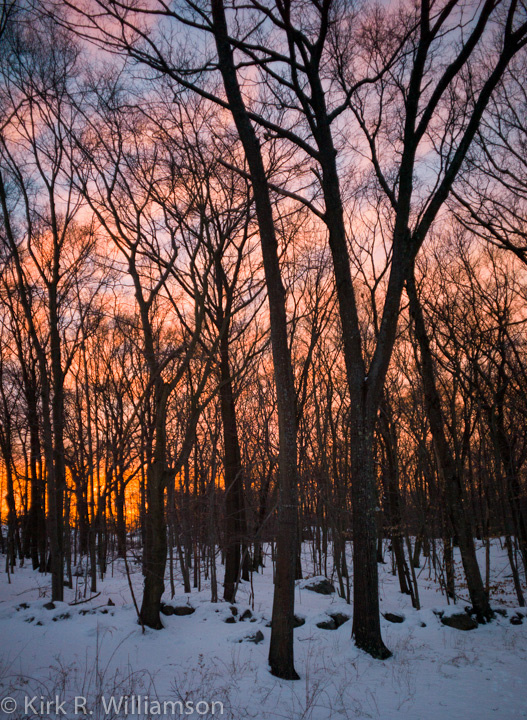 This morning I was up early to bring in some fuel to keep the house warm and the sunrise prompted me to pull out the M9 and make some shots. In this instance it was appropriate to under expose by one stop to bring up the sky. I contemplated using another camera and using HDR but that would be cheating, besides I had no time to fool around with a tripod which was in the car. The white balance was set to auto and it did pretty well. The meter was right on considering it is center weighted. The exposure for this image was ISO 800 1/125 sec. @ 2.8. I started out with a much smaller aperture for depth of field but the shutter speed was to low. I did the post processing in Lightroom but only took out a little blue and added some yellow, then added a little clarity, cropped things a bit and that was it.