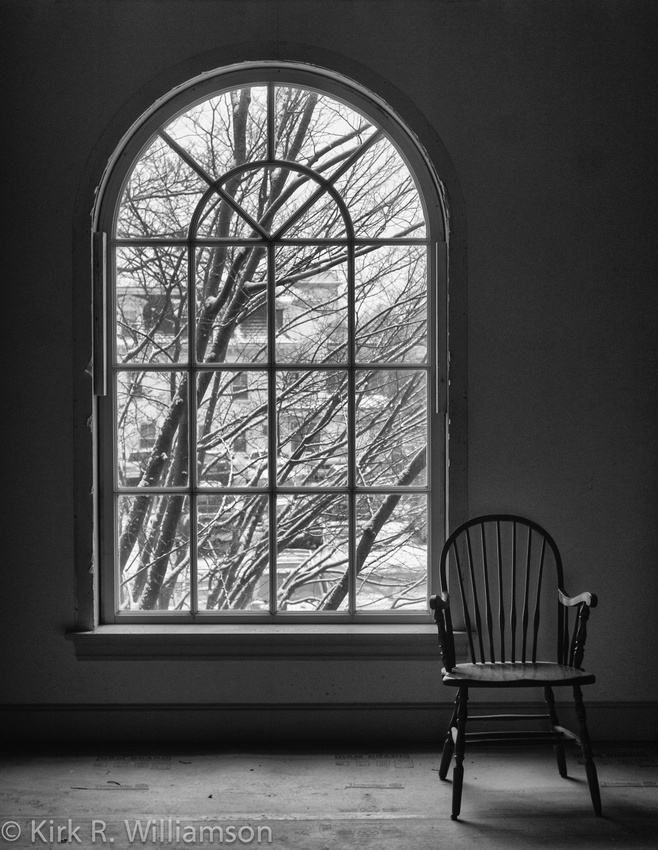 Yesterday I had the opportunity to take a tour of the Cape Ann Museum as it is being renovated. This shot was made in a third floor gallery which has these giant windows overlooking Gloucester City Hall and it's environs. Most of the time I was shooting away with the Canon gear but every once and while I was able to make a shot that lent itself to the Sony/Leica combo. This shot, with the snow falling outside gave me an interesting photo which I new was a B&W right from the start. When I used auto correct in Lightroom with the image in color it opened up the shadows nicely. I then put it into Silver Efex Pro and added one of their presets which gave me the look I wanted. I then brought it back into Lightroom and vignetted the edges slightly. 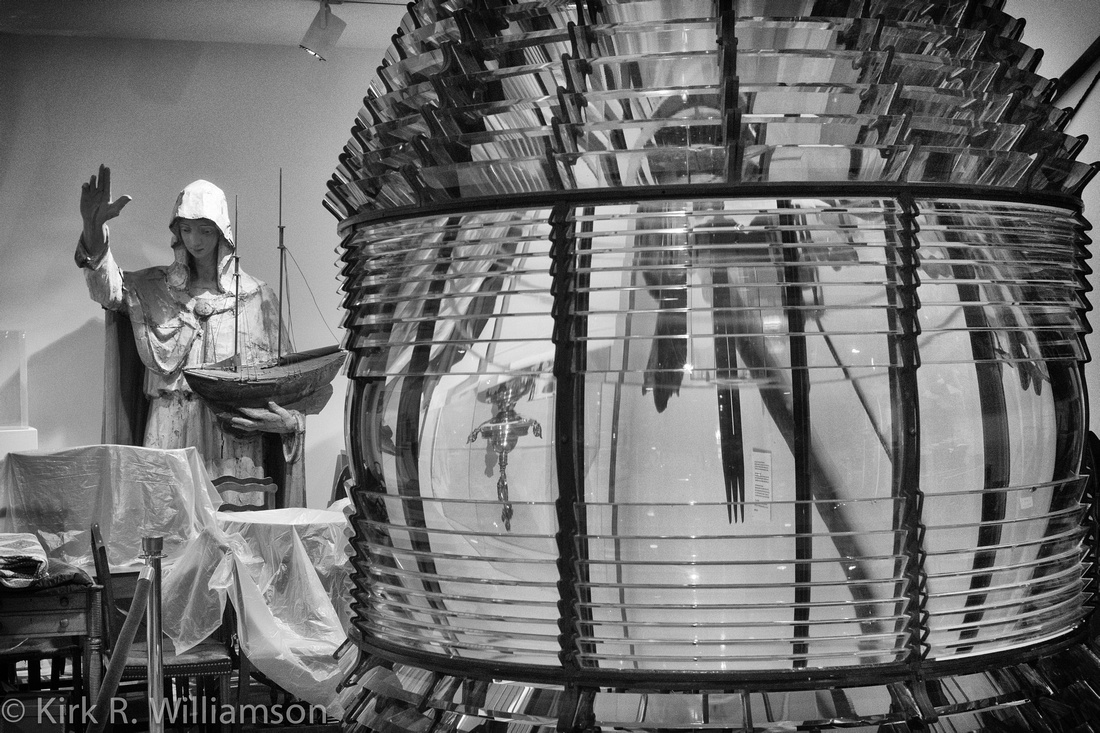 I call this image "Our Lady and Freznel". This was also made at the Cape Ann Museum where everything had been moved into this space where the giant freznel lens from Thacher's Island is stored along with the old statue from the Our Lady of Good Voyage Church in Gloucester. The juxtapostion of the lens with the statue and all the covered stored items just caught my eye. This image was also brought into Silver Efex Pro and converted.