The interesting and bizarre with the M9

I was out with a friend yesterday in Somerville having the sensor cleaned on the Sony Nex-7. There was a piece of crap on there I just could not get rid off myself. So in we went to have sensor cleaning done. While we were waiting we stopped in to a local pub/restaurant in Cambridge to have lunch. The sun was blazing in through one of the windows and the barkeep came over to lower the shade a bit to cut down on the glare. I had the M9 with the 35 Summicron with me so I grabbed a shot with the shadows and the interesting gargoyle thing above his head. I made the shot, then discovered there was this guy in the window trying to get the barkeeps attention. He was an interesting character and came into the pub to talk with the barkeep. He noticed my camera and struck up a conversation with my friend and I about it. Ya it was a weird day. 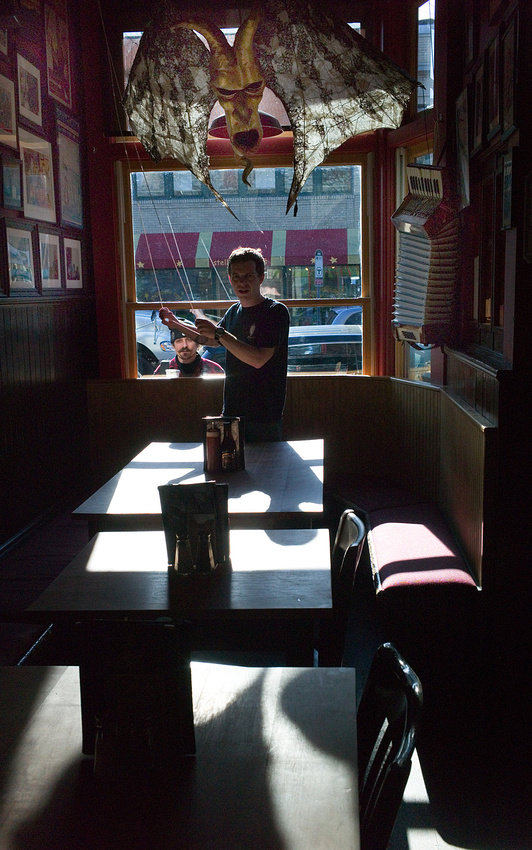