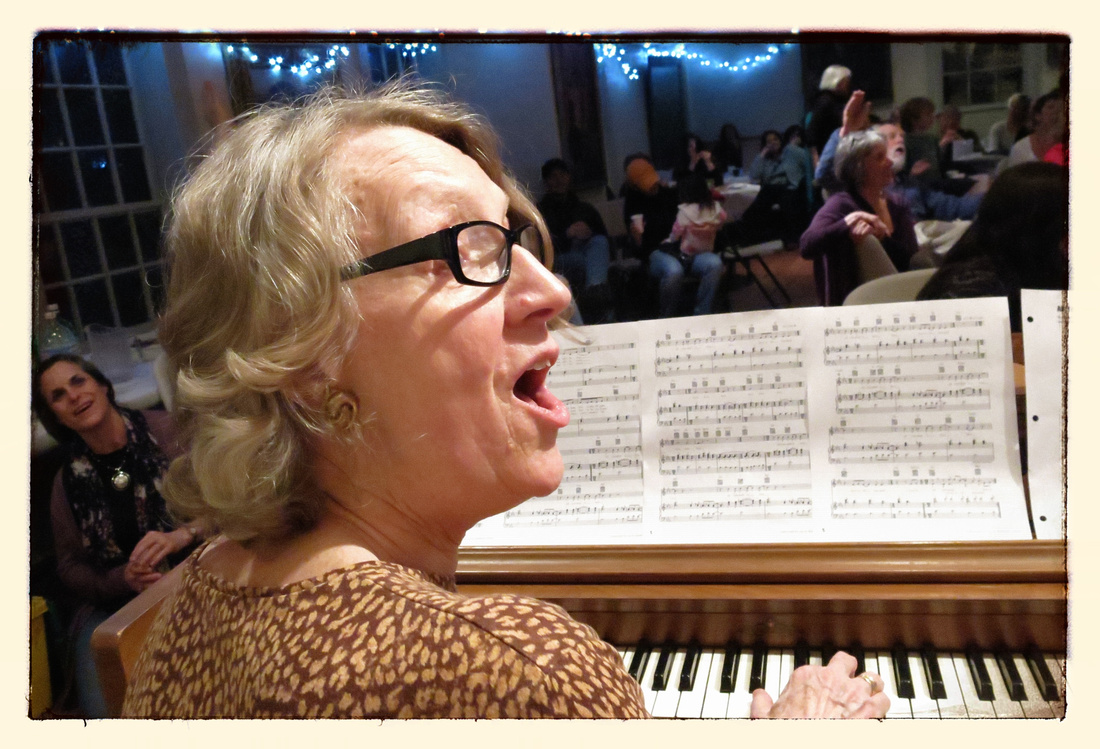 Our annual church talent show was held last weekend and I had some fun using my Canon G15. I was amazed at the quality of the photos shot at the high ISO of 3200. This shot of our music director had plenty of light and really lent itself to a good shot. If I had moved a little bit to the right I would have been able to see her eye behind her glasses. But I was moving fast and using the screen on the back of the camera so it was a little tricky. I used a new app called Snapseed to add the border around the photo. I have been using my iPad more and more to edit photos and then sending them out to Dropbox and then to my computer to store them. I have not tried sending them directly from the iPad to Zenfolio to my website that's next on the list. The exposure was 1/60 at f4