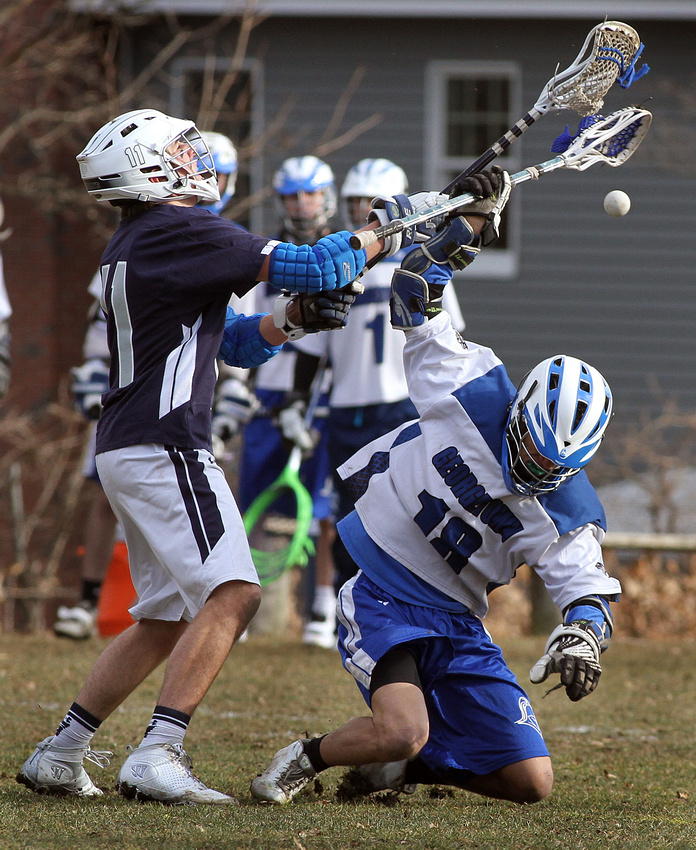 Early spring sports can be either warm or really cold - yesterday it was REALLY COLD. The temps up in Georgetown for this lacrosse game were in the mid 30's with the wind blowing about 20 mph. Chilly! This field is up behind the school but up a long hill. So I dragged my sorry butt up the hill carrying my three ft. ladder to sit on and the Canon 7D with the Canon 300 f2.8 on a monopod. I was there to shoot both teams but I decided to sit at one end. The team shooting at the end i was at was not having a good day and only got off two shots in the first quarter, they did get a little better later in the second quarter. I managed a few good shots even though I resembled an ice cube. This shot was made at ISO 400 at 1/1000 sec at f4.5.