It's all about the hands - twins re-connect

Recently I had the opportunity to photograph two sets of elderly twins and one half of a third set. These folks were meeting on a street in Beverly where they all grew up. We were doing a story on how five sets of twins lived on this street at one time back in the fifties. I brought my Leica along to photograph them as they talked about old times. I used the 35mm Summicron and shot wide open at f2 for the gorgeous background it gives. You know that Leica look. I also shot with the Canon 5D Mk3 and the 24-70 for my usual news images but I was looking for something different with the Leica. One thing I noticed right away was that the women were all talking with their hands. So I keyed in on this right away and tried to get that one unusual shot. Interestingly enough I mostly used the Leica shots of them talking. The one shot that ran on Page 1 was made with the Canon as it was a group shot made at 24mm showing the street. Here is the one image I really like. 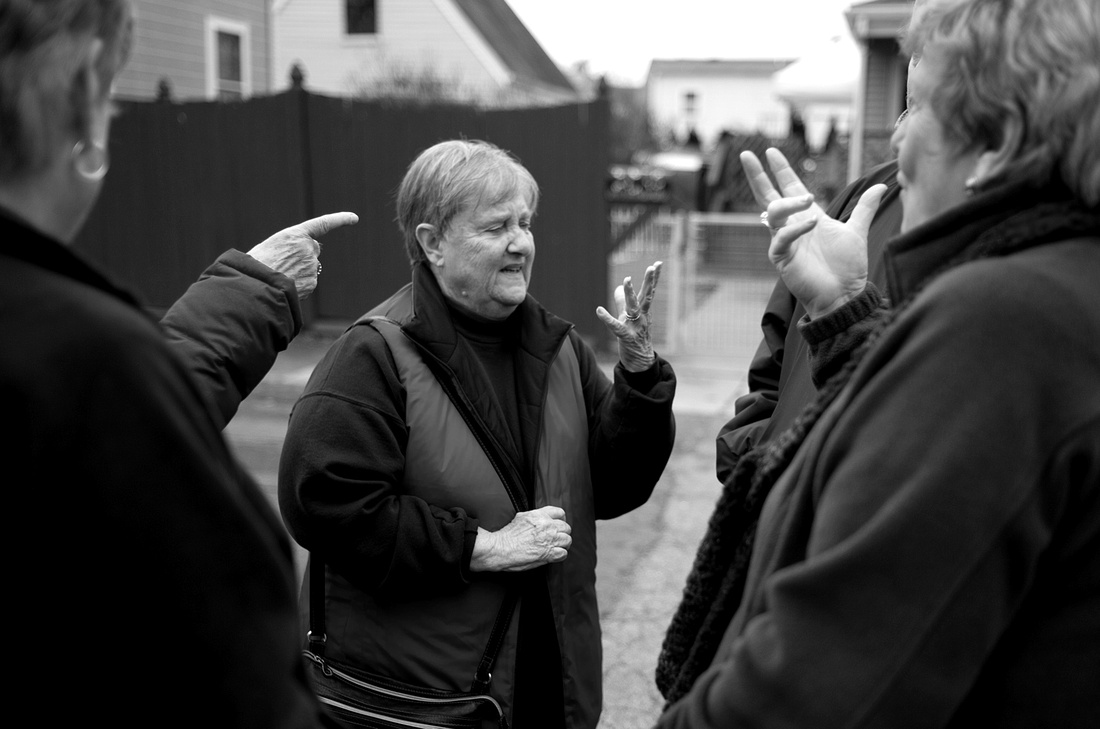 Talking with handsTwins using their hands to talk. There was plenty of verbal conversation but the hands were always being used to emphasize a point.

Two more that really show off the Leica's cool DOF. 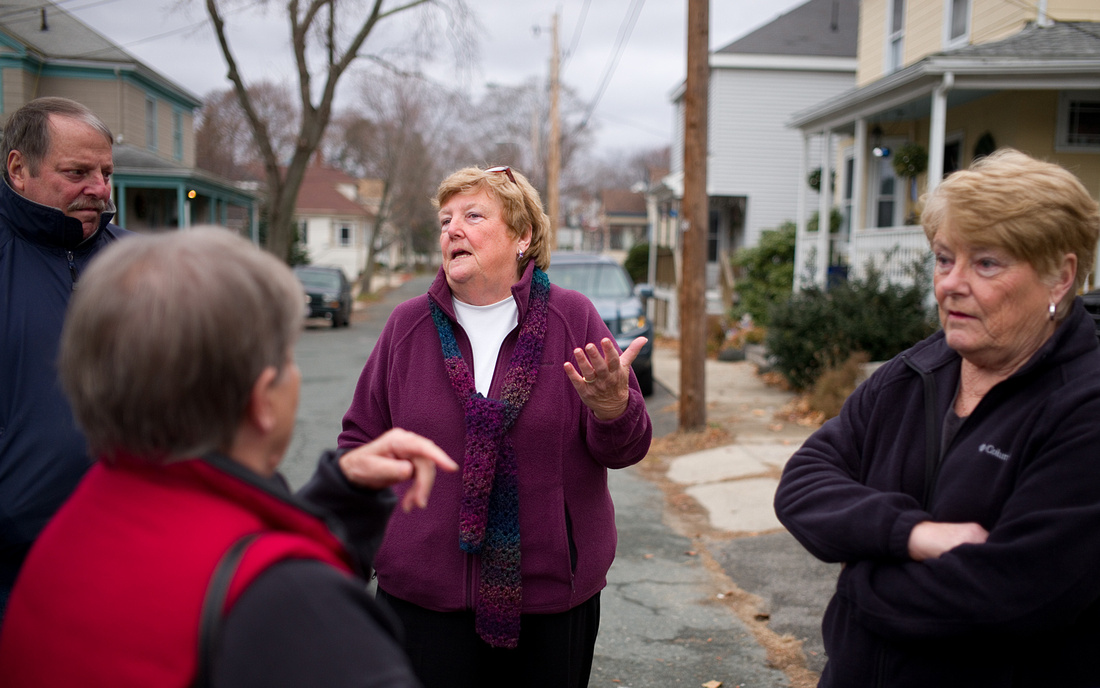 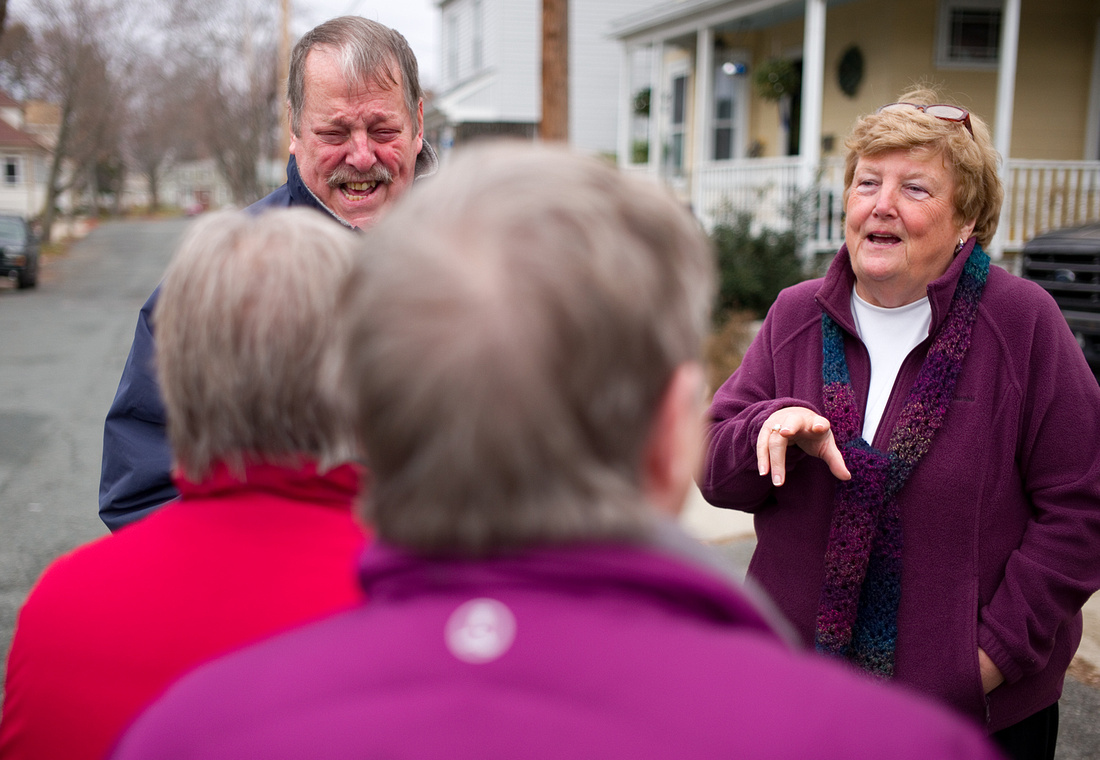