I have always maintained that moving on a photographic idea instead of sitting around and thinking about it is good for the soul. Last night I was thinking about using the Leica 21mm Super Elmar on my Nex-7. It's a great little lens on the M9 but I have not really used it on the Nex-7. The reason for this is that on the APS-C camera it becomes a 30.5mm lens which I find odd. I already have a Sony 20mm which makes it a 30mm and usually I use that instead of hauling out the Leica 21. This morning I wanted to shoot ice since it's been cold lately and I knew of a place in Rockport where water would be running by and collecting on things. So I headed over to Meadowbrook without a tripod. Oh crap no tripod! Moving water and no tripod don't mix real well. I decided that I would try it out and see what I got. After surveying the scene it was obvious that I would have to get down low to make a shot the included some nice ice formations with moving water. My tripod would not have gone down that low anyway so using the Live View screen I balanced the camera off my knee and held my breath. Many shots later (I was checking the screen after each one for sharpness) I finally had one I thought would make it. I have added a couple more images to this post that I processed in Silver Efex Pro underneath the images that were converted in Photoshop. Let me know what you think. Click on the photos to see larger versions! 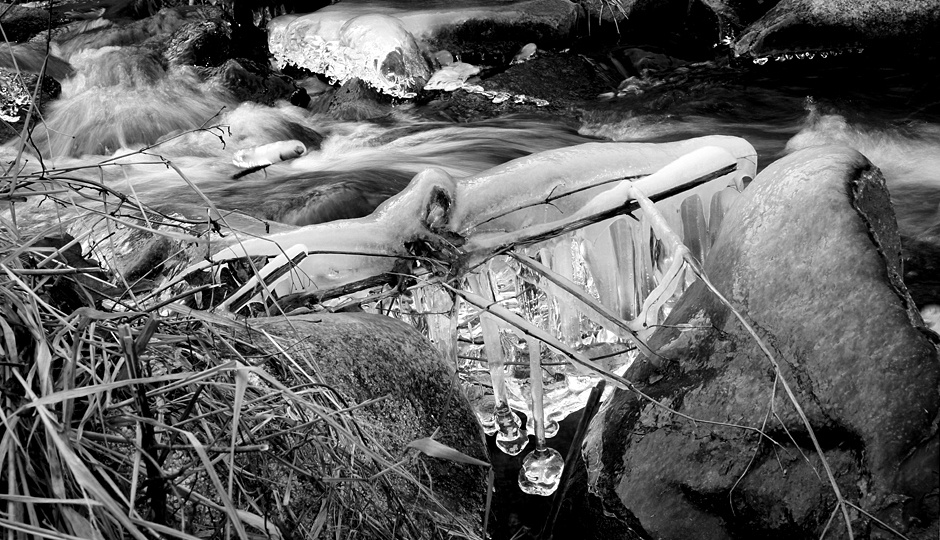 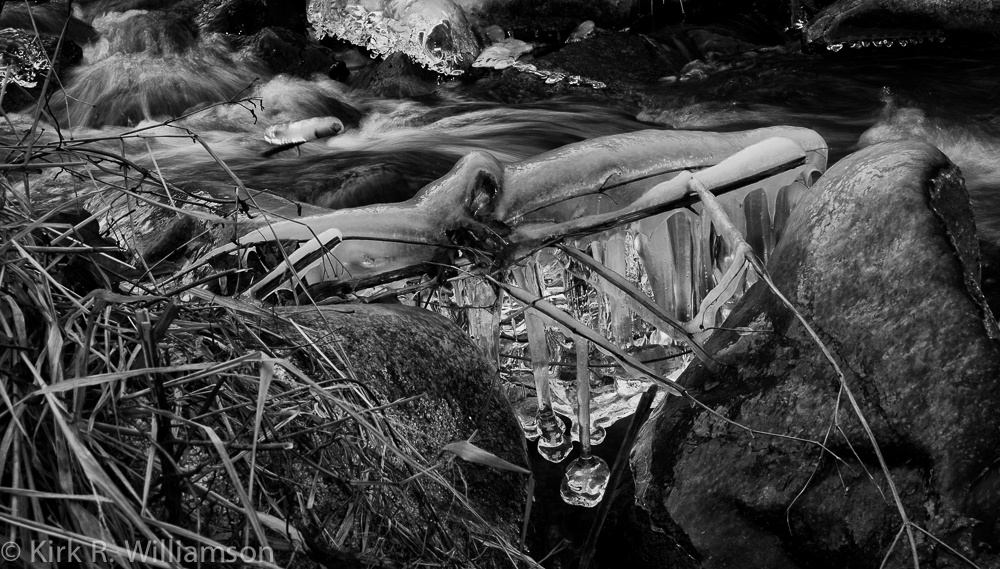 Rushing water and ice1Water rushes down a stream near Meadowbrook Park in Rockport, MA.

So with that done I decided to head home but as I was looking over the bridge down onto the stream another shot presented itself. It just so happened that I had the Leica 90mm Tele-Elmarit in my pocket (love these small lenses) and made the change to shoot over the bridge for the next shot. This was a bit easier as I was able to brace the camera on one of the large granite piers holding the bridge up. I only needed three shots to get a sharp one. This time the exposure was 1/13s at f16 instead of 1/10s. 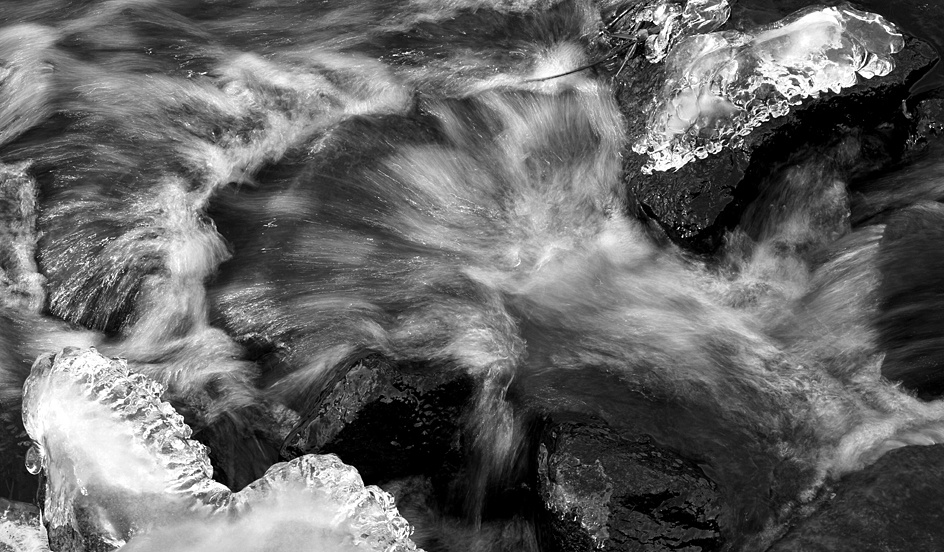 Rushing water and iceSony Nex-7 w/Leica 90mm Tele-Elmarit I made this shot braced against some granite for the slow shutter speed. 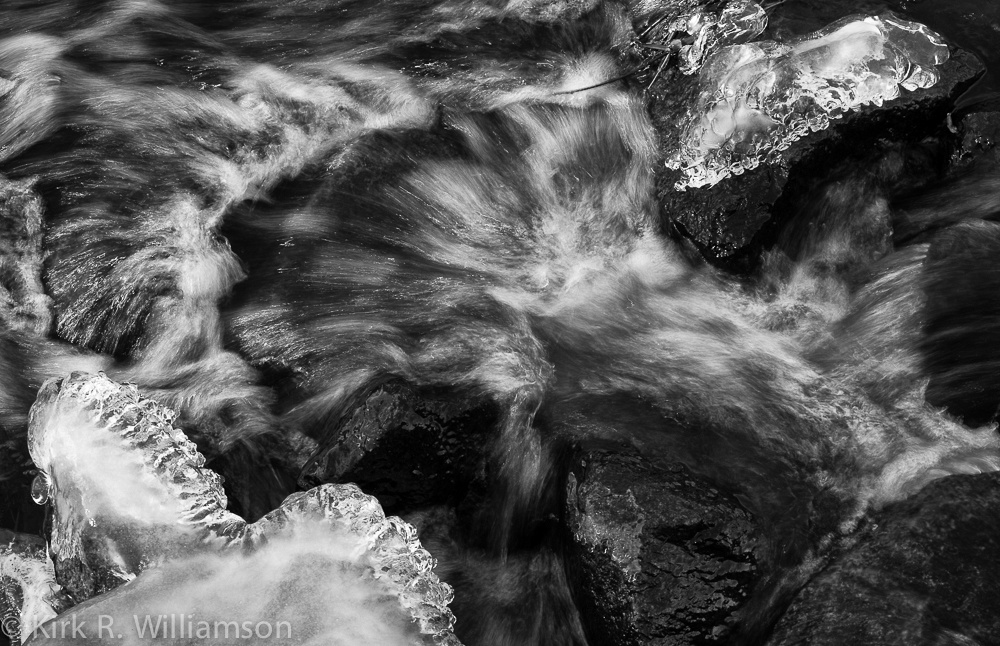 Rushing Water and ice 2Water rushes down a stream near Meadowbrook Park in Rockport, MA.

So you see if you act on ideas instead of sitting on them you just might get something interesting. I envisioned both of these in B&W as I would do with any subject like this.