Lobstering with the Canon 1D Mkll and 16-35L

What a great morning I had yesterday! Up at the crack of dawn and out with some local lobstermen for a story on how the family business is doing with the loss of one of the brothers and father of three boys. The interesting thing was that the young man driving the boat and hauling the pots was only fourteen and his dad was the one that passed away. I had an immediate connection with him as his dad died at age 45 the same as my father. The grandfather went along as he usually does to help the boys learn where the strings of pots are and the best lobstering areas. The interaction between the two was priceless as the grandfather is hard of hearing and speaks kind of mumbly and in a lower tone of voice. The grandson was always trying to understand what he was saying as the diesel engine and winch were very loud. The grandson told me that most of what his grandfather is saying he understands as it's usually the same thing.

I brought along my Canon 1D Mk ll as it is mostly weather proof and my other cameras are less so. I used the Canon 16-35 L on it which makes it approximately a 21-45 which was perfect for the compact space inside the cabin of the lobster boat. I think I got some really nice shots of these folks in action and I am posting a few here. 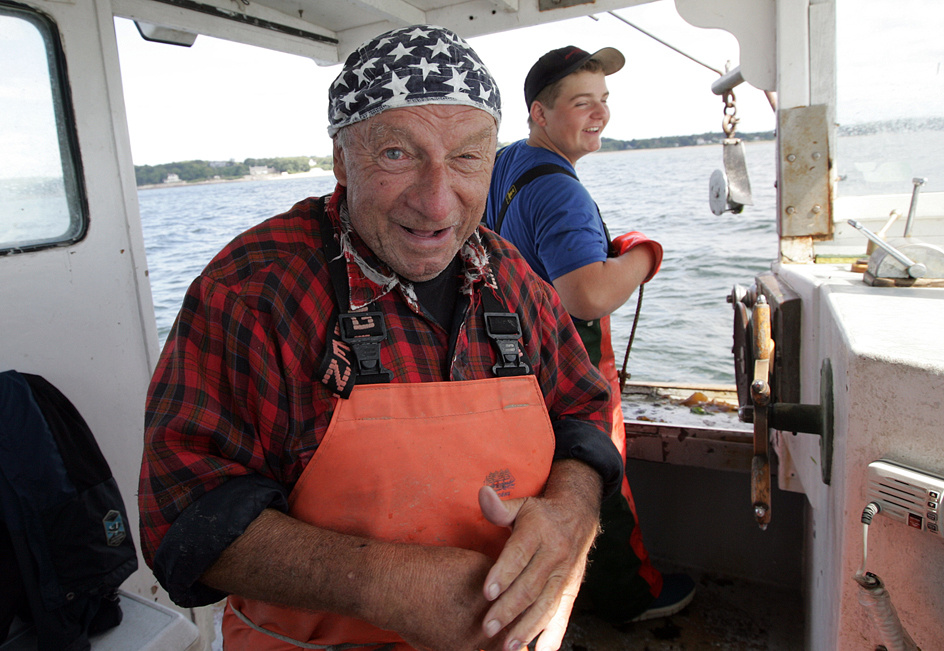 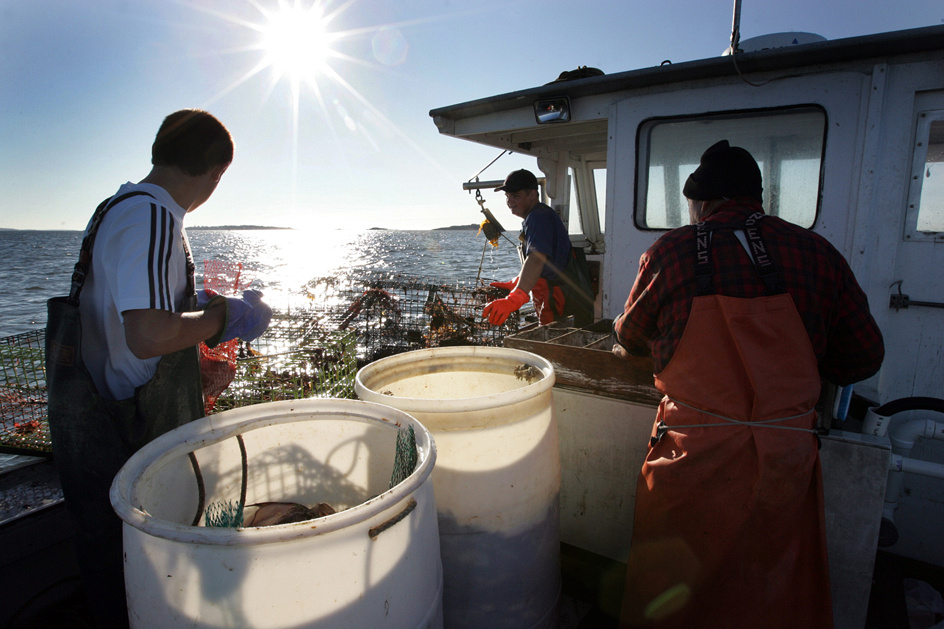 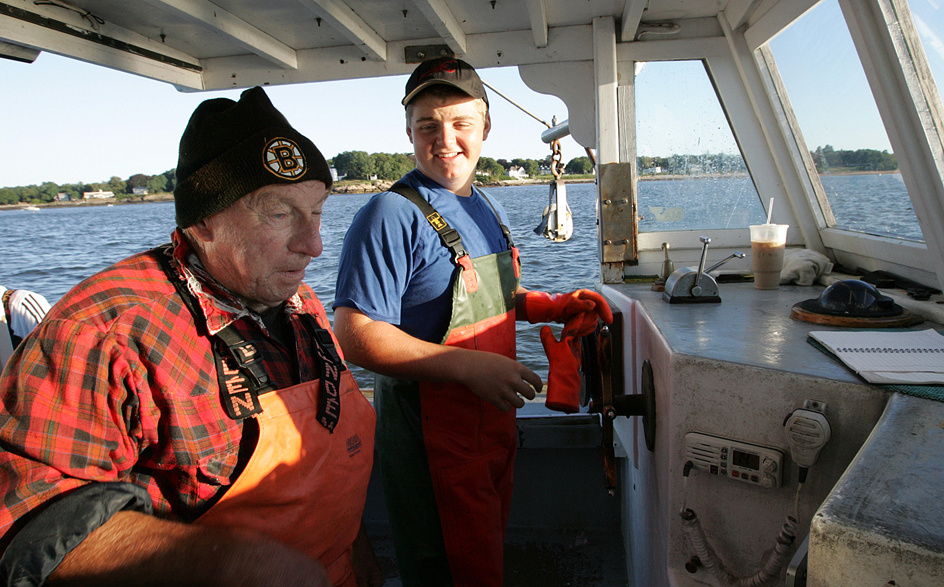 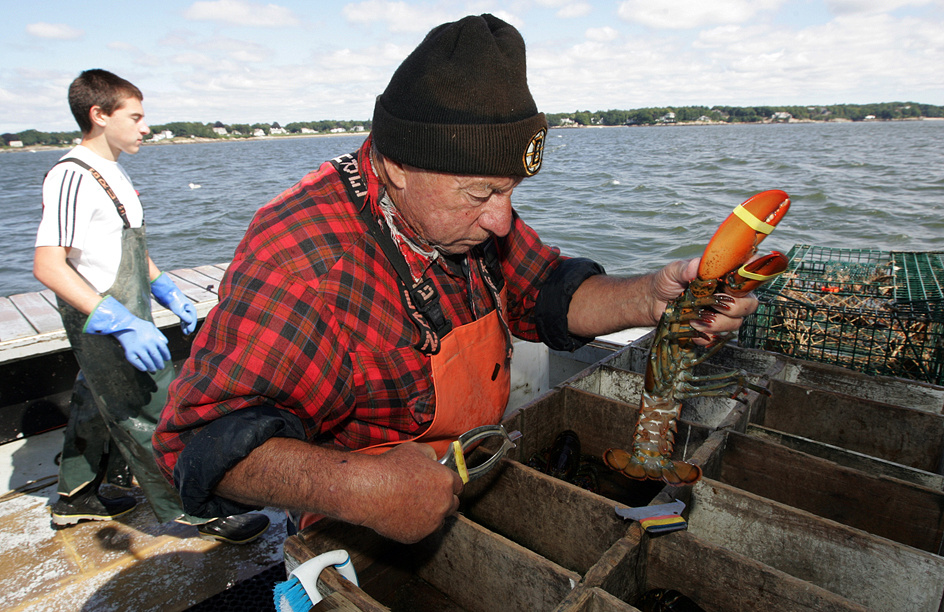 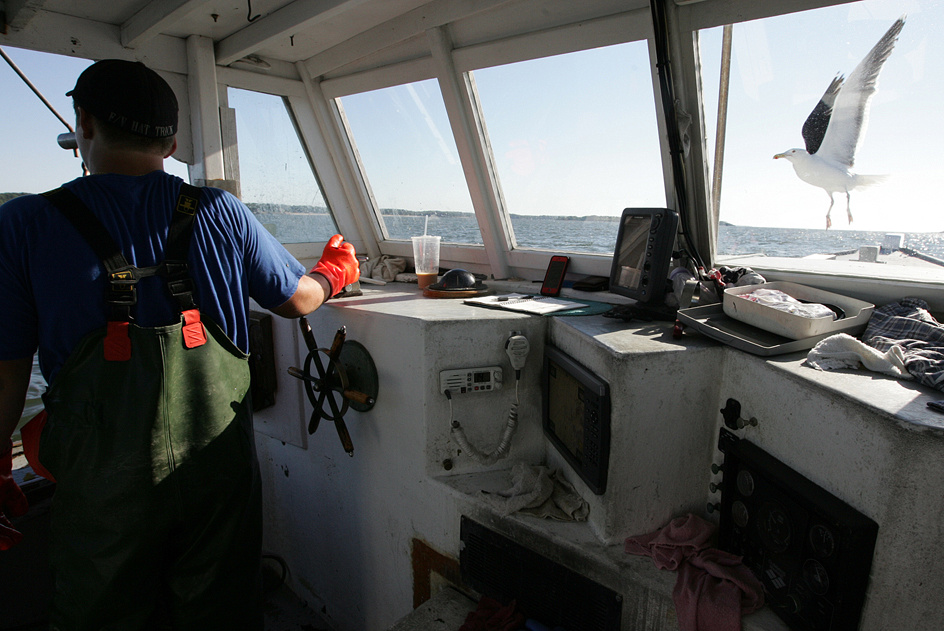 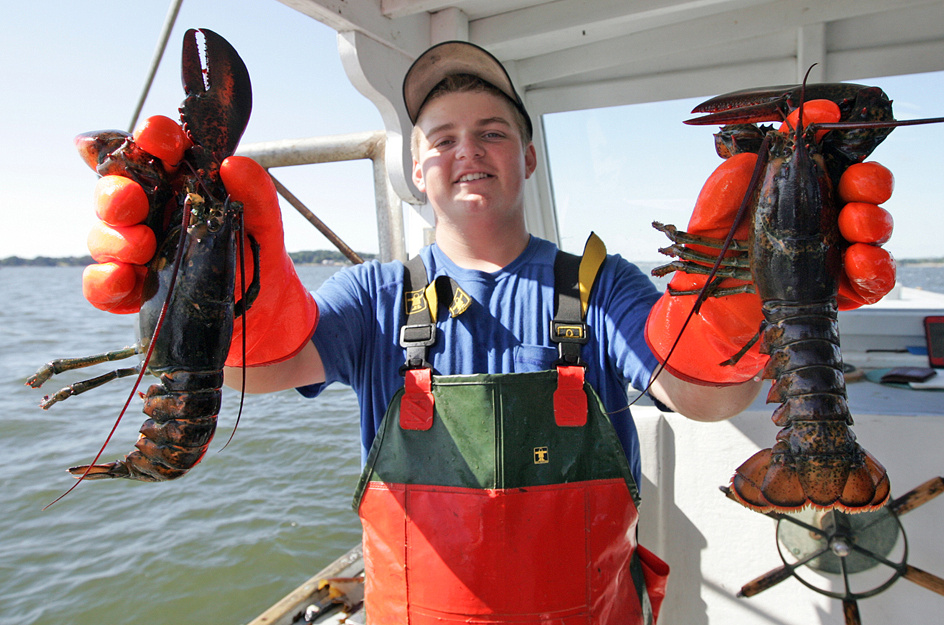