Easter morning service and the M9

Every Easter I bring my camera to our early morning service. This service in Annisquam started in the early 60's when I was quite young and I have attended many of them over the years. Most of the time I bring my Canon G15 but this year I decided to bring the Leica M9 to see if I could get something different from the usual. The G15 gives me the opportunity to shoot wide and tight without two cameras. The quality is really good but let's face it it's not a Leica. The view finder sucks on the G15 and you have to hold the dam thing in front of you to frame a shot properly. I absolutely hate doing that. Take note Canon - wake up and put a proper EVF on one of these cameras. I own a Sony Nex-7 because you can't seem to figure that out. Correction: They have kind of figured it out. The G1X Mark ll they just came out with has an optional EVF. But it's huge and really makes the camera ugly plus it's another $300! But I digress! Back to the Leica experience. 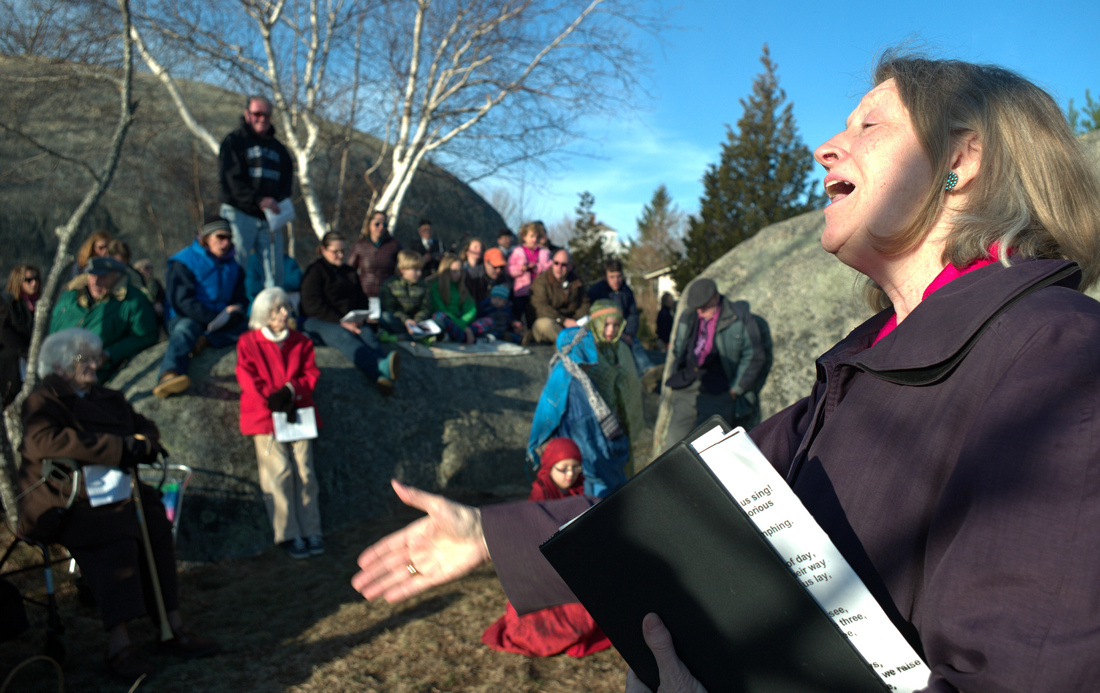 In this shot our music director is leading the congregation in song at the beginning of the service. Trying to get something different from an event you have shot so many times over the years is a tough one. As a news photographer this has been something of a practiced craft. As a news assignment you try to get the normal stuff you always do then you look for the unusual things that will get you that one shot people will remember. The Leica M9 really gives you that opportunity. The camera is very quite and not imposing at all. I have the red dot and the M9 logo blacked out and people don't seem to react much to me taking photos. If I was carrying around two big Canon pro cameras with big "L" glass I would be noticed by everyone. When I am on the job that's what I carry.

For this shot I just placed myself off to the side so I could see everything going on. As luck would have it the music director turned as she was singing and I was able to make this shot. Nothing else really moved me photographically besides just a few odd things here and there. I will post a few more photos in a gallery some time today so you can see the other images. I did bring my Leica 90 mm Tele-Elmar along and made some images before the service. I really miss having another camera along with that lens on it to give me some balance (long and short). As a news photographer I have always shot with two boxes. You miss shots when you have to change lenses.

Update: Click HERE to go to the gallery of more images.