The other day I was on assignment in Ipswich, MA at the Russell Orchard & Winery. I was illustrating an interesting story on how they make hard cider. What I found was a mixture of giant plastic jugs and a vintner with an eclectic look. No oak barrels or anything really interesting to shoot. So it was with some surprise and delight that I noticed this old truck on the side of the barn with a vintage gas pump next to it. It had been snowing lightly off and on and the snow had collected on the windshield. I had used the Canon 5D Mk3 with the 24-70 and had it in my hand so that's what this frame was done with. The Leica was in the car but I was having a hard time keeping the barn cat out of the car so I used the Mk3 instead. 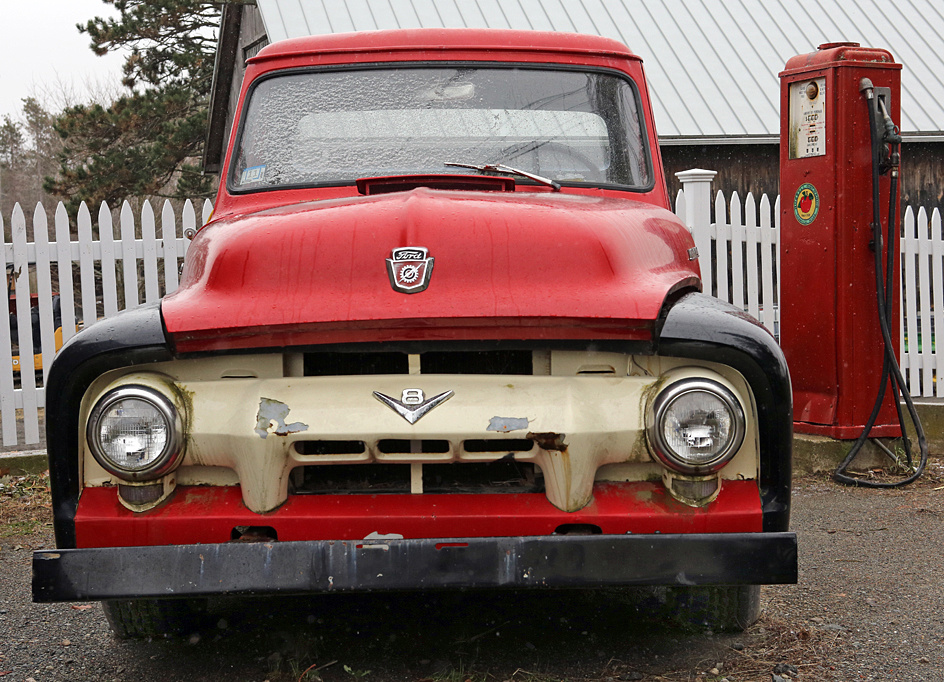 Old Ford Truck & Gas PumpThis 1950's era Ford truck stands idol next to a vintage gas pump at the Russell Orchard and Winery in Ipswich, MA. A light snow was falling and had collected on the windshield.