I've been meaning to write this post for a while and since I have not posted in a while I thought it was about time. This is my take on what I have observed during my over 30 year career as a working photojournalist and it's what I try to give to new folks coming into the business. I work with two outstanding PJ's that exemplify the statements I am about to make. One of them came from working at multiple papers as an intern and then as a working photojournalist and so had plenty of training with several mentors. She has been the NENPA "Photographer of the Year" twice. The other one came in without any real training in photojournalism but has worked into a classic self trained excellent photojournalist through every day experience and a lot of hard work. He has been nominated for the same award.

The following are my opinions and not that of anyone else and are © 2014 Kirk R. Williamson 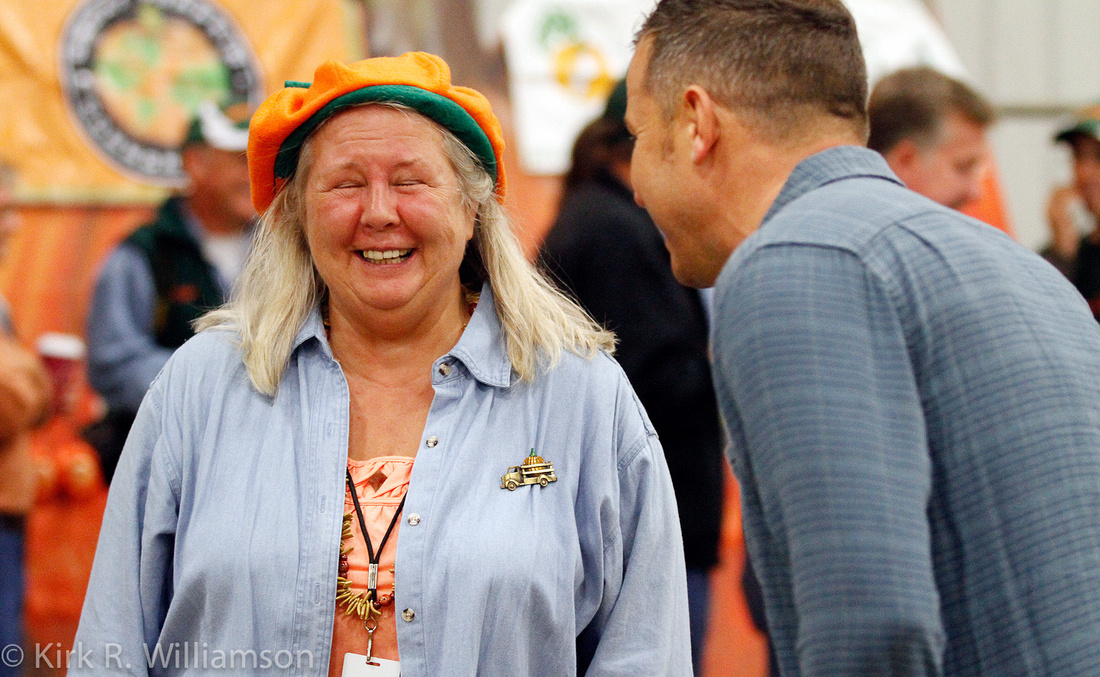 Thsese Images are from the story "The Great Pumpkin Weigh-Off"

Photojournalists seem to have a knack for being in the right place at the right time. They seem to know when something will happen that will produce a quality image. I like to think of this ability as the combination of four things which I call COPE for short. They being Curiosity, Observation, Patience (Persistence), and Experience.

Curiosity - The first of these is something that all successful photojournalists have. Always being curious as to what is going on around them and wanting to know what the story is. Where is there a good image - always looking and digging both visually and mentally for the story. Asking the right questions can open up areas of a story that may produce good images. If you are always curious you will never be wanting for good imagery.

Observation - This is my personal favorite. I like to think that photojournalists are trained observers. The other day my wife and I were having lunch across the street from a house on the main drag of a small tourist town in Maine. Just for fun I said to my wife, what's the story behind that house? She looked at me with a puzzled look and said what do you mean. So I started telling her what I had observed in the last few minutes. The windows were covered by something other than curtains but kind of looked like a window covering of some kind. The house looked a little run down and there were some posts outside that were meant to hang something on. This was a regular old New England style house but something was going on. So I challenged her and after thinking and observing for a bit said, "It used to be an office or professional building and they are rehabbing it". Bingo, she guessed what I had surmised after looking at the house for five minutes. Just after she said that a contractors truck (which was out back and out of sight) pulled out of the driveway confirming most of what we had thought. This is just a minor example of what I am talking about. If you are constantly aware of what is going on around you the pictures will happen because you will know the inside story.

Patience or as some say Persistence - This is one of the most over looked aspects of being a good photojournalist. The pressure of making photos on deadline and lots of them can sometimes be overwhelming. I tell young PJ's to slow down and observe. Wait for the moments to happen. If you are running around to much you are going to start to miss things. Being patient and waiting for the moments to happen will produce better images. In some cases it's just plain persistence that pays off in the end, waiting is the name of the game in a lot of cases. Ye who sticks around usually ends up with the shot. 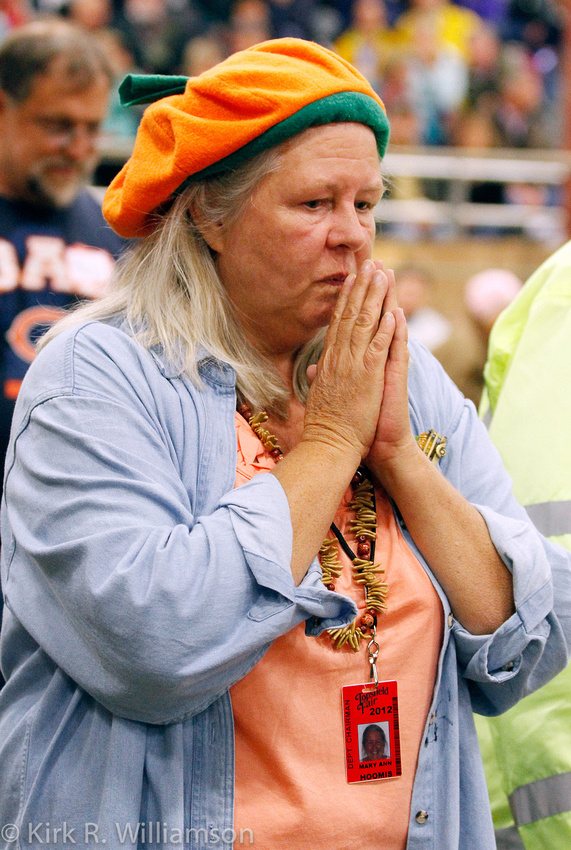 Experience - There is no other thing that helps a photojournalist more than experience. Over time you see the same situations over and over again and eventually you are running on instinct. Younger people coming into the business don't know some of the things it takes to make good images because they have not been there and done that yet. Only the experience of doing and making mistakes will make you better. When I came into the business back in 1978 I was as green as they come. I had a mentor that helped me through some of the tough times of dealing with difficult people and situations but it was experience that eventually gave me confidence. Instinct tells you where to stand to make the best images - or is that experience. 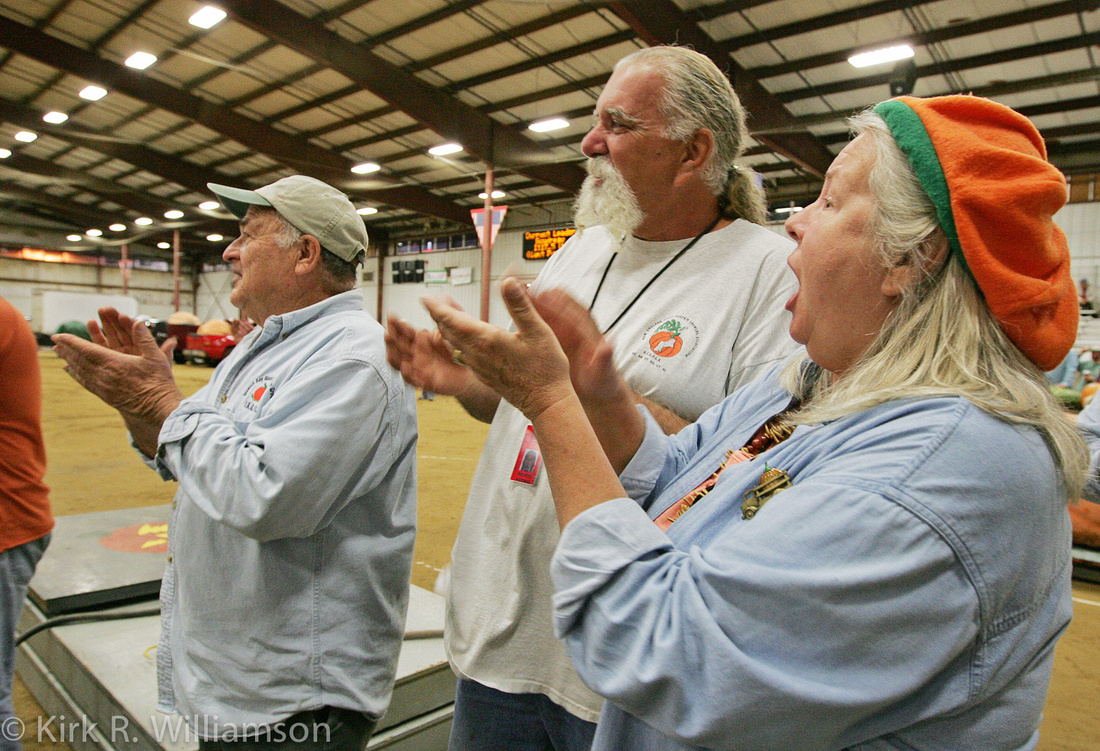 I hope this helps. The acronym COPE is in itself a word that has meaning to photojournalists. Coping with things that happen while on assignment are part of the job and can sometimes be very trying, this is where patience comes into play.

The images above were made as part of a story I did on a group of giant pumpkin growers in our area. I got to know them while doing a multimedia piece a few years ago. I knew this woman was excited and kept my eye on her the whole time. I was rewarded with some great images. For more images form the story go to "The Great Pumpkin Weigh-Off".

This is my opinion and not the opinion of anyone else. So therefore it is © 2014 Kirk R. Williamson