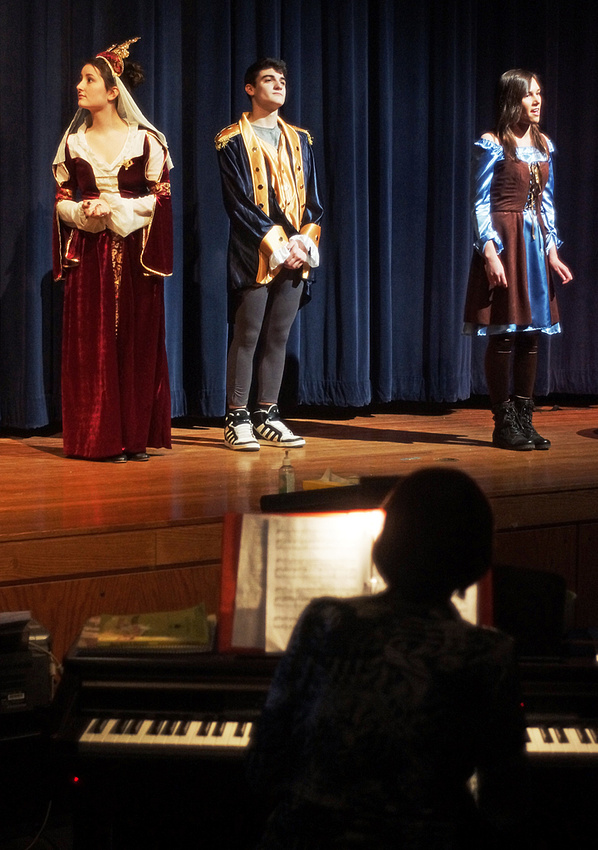 I am always looking for ways to challenge myself and the equipment I am using so when the opportunity arose to shoot some test shots with the Sony/Leica combo I gave it a whirl. I also shot this rehearsal with my Canon 5d Mk3 and the 24-70 but at a much higher ISO. The Sony/Leica combo surprised me a bit in two ways. First I was literally shooting in the dark with the shot above. The only light in the place was directed on the scene. The Sony made it pretty easy focusing as I used the focus assist to zoom in on the kid in the middle, awesome. If I'm not mistaken, since the camera only records the ISO, which was 1600, this was shot at 1/60 at f4. Everything worked really well and the exposure for the faces was good. I also used the spot meter to get the exposure right. Secondly, the image is not really great when blown up to 100%. You can see some fringing and halo things going on in the highlights around the girls faces. The image you see here is srgb, in the Adobe rgb version you can see more shadow detail in the shirt of the woman playing the piano. I opened this up a bit in Photoshop with the shadow adjustment tool but this is really close to what I experienced. All in all for such a tough situation the camera and lens combo worked out pretty good.