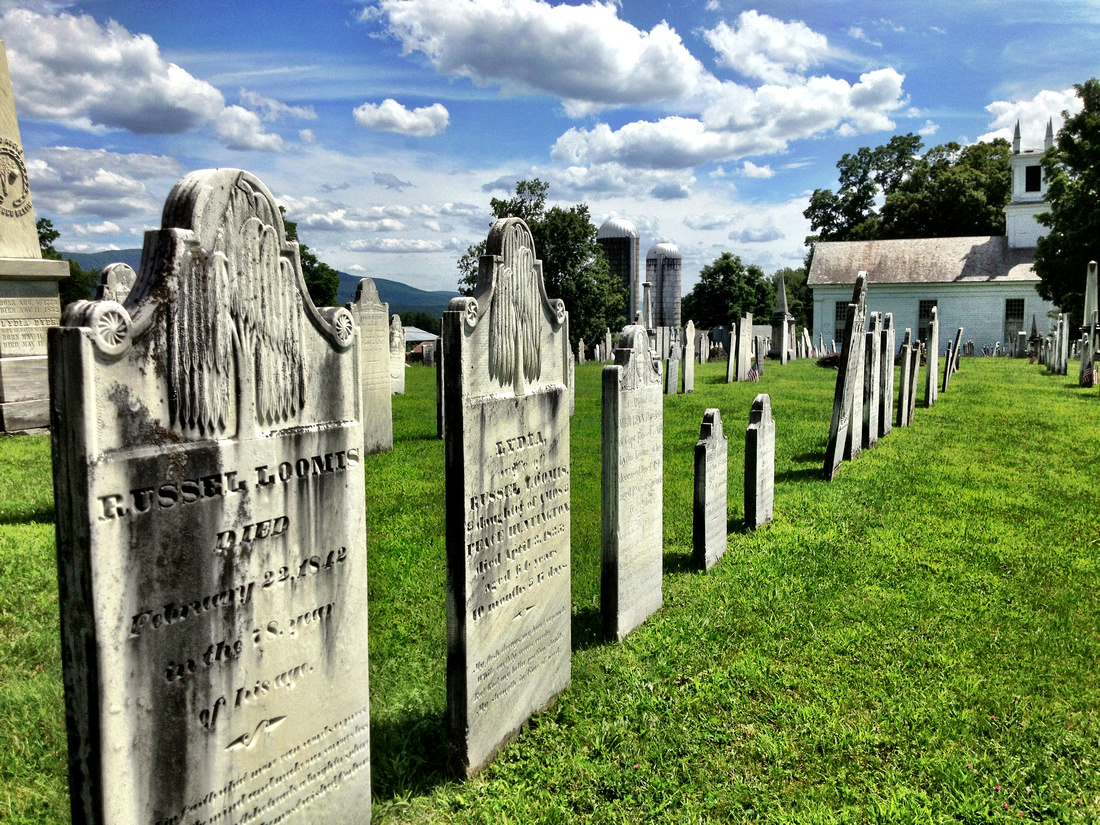 This past weekend I was up in Vermont in the Bennington area and this cemetery just jumped right out at me. I did not have my gear with me only a Canon G15. I decided I wanted to experiment with the IPhone 4s and the Camera+ app. Normally I would have waited until later in the afternoon to shoot this but the wedding I was going to was later in the day. I'll tell you, looking at a screen on the back of a phone is a real pain in the neck when the sun is partially on it. The Camera+ app is great as it allows you to split focus and exposure. In this case I focused on the second grave stone in and made the overall exposure to include some of the sky. It worked great. Then I brought the image into the apps edit mode and used the very cool Clarify tool. This added contrast and zipped the image up a ton. Ya the grass is a little green and the sky a little too blue but hey it looks cool. What it really looks like is an HDR image.